All of us use laptops and smartphones now. Everybody uses a laptop and/or smartphone. And a question has arisen lately: is there room for a third device category in the middle? Something that’s between a laptop and a smartphone.

When Steve Jobs revealed the iPad to the world in 2010, he positioned the device as something that was neither a keyboardless notebook nor an extended smartphone. Instead, it was what would be famously referred to as a “third screen” that came between a notebook and a smartphone, combining features of both and actually doing some things (such as browsing the Web and lasting longer on a single charge) better than both. 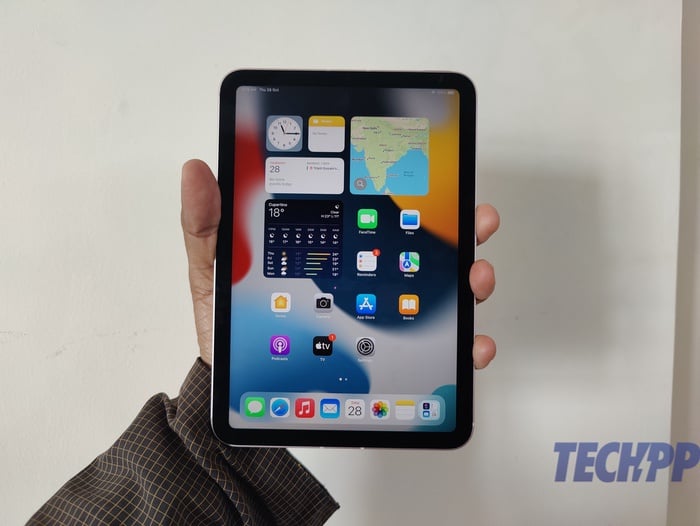 Started out as a “third screen…”

In the terms of many initial tech experts and reviewers, the iPad was a device meant for “content consumption” rather than “content production.” It was something on which you watched and read stuff but was not meant for heavy-duty productivity. Yes, some of us actually figured out that it could step in quite comfortably for a notebook when it came to writing stories and research, but by and large, the iPad was a “viewing” device. A display that you could carry around easily. It was handy for some basic notebook tasks, but it had its own headaches – something as basic as attaching a file or changing a filename could be a right royal pain. So if you REALLY wanted to work, you went for a notebook.

And now we are here in notebookland!

This “third screen” positioning seemed to work wonders for a few years, spurring the tablet revolution in the tech market. And then it just seemed to run out of steam, especially as phone displays themselves started getting larger. There was a period when many felt that Apple itself had lost interest in the iPad.That changed in late 2015 when Apple brought in the iPad Pro and changed the whole positioning of Apple’s tablet.

With the iPad Pro, Apple seemed to take the iPad closer to a conventional notebook. Yes, it was still an excellent device for viewing content, but now Apple introduced a smart keyboard that converted it into a notebook of sorts and also added support for its own Apple Pencil stylus. Suddenly, the iPad was becoming something you could create content on. Some even began drawing similarities with the Microsoft Surface, which also was essentially a tablet to which you could attach a keyboard and with which you could use a stylus. 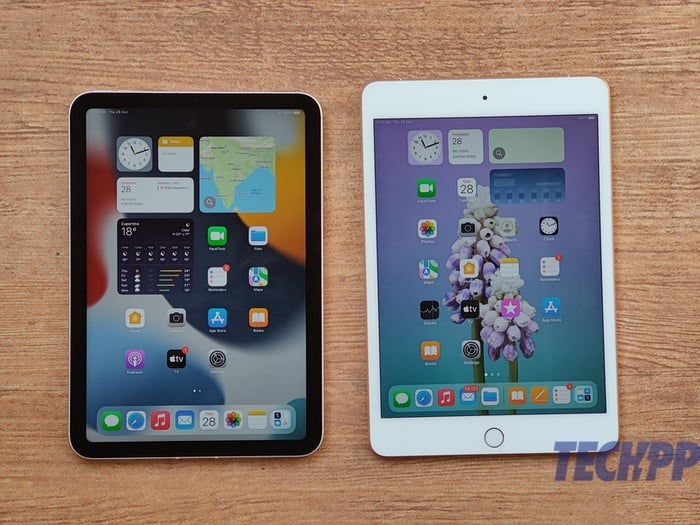 And 2019-2021 saw the iPad get more into the notebook zone. Smart Keyboard and Apple Pencil support were extended to even the base iPad model, display sizes increased subtly, the Pro models got USB Type-C ports, and iPad OS actually focused on features like multi-tasking and file management. Even in presentations, subtle comparisons began to be made with notebooks, whether in terms of processor performance or ease of use and battery life. “Should I buy a notebook or an iPad” queries have been on the rise in recent times, especially at lower price points.

The only iPad that remains a tablet

There is, however, one iPad that is refusing to go into notebook land. The iPad mini. Apple had brought it back into our lives in 2019, with support for Apple Pencil, and its latest avatar seems to make it a sort of iPad Air in a smaller form. It has got the straight sides of the latest iPad Air, the fingerprint scanner on the power/display button, the USB Type C port, and support for the Apple Pencil 2 as well. It has a slightly larger display (8.3 inches as compared to 7.9 inches) and runs on the same software (iPadOS 15) as its larger siblings. 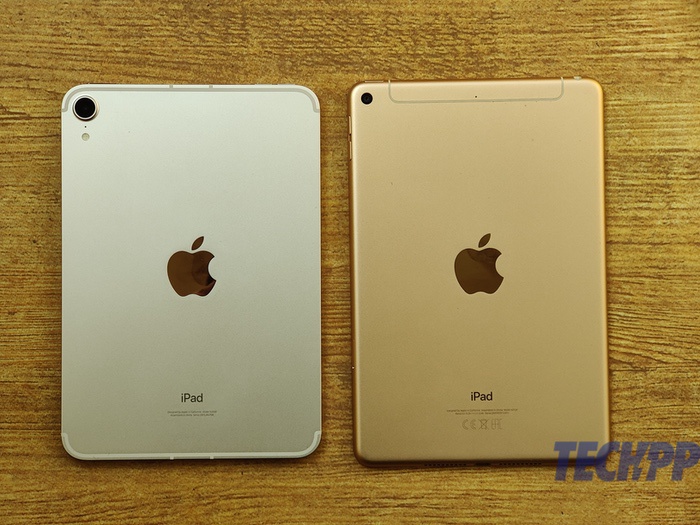 It is also the only iPad out there that stubbornly refuses to be a notebook. Yes, you can connect a keyboard to it over Bluetooth or even a wired connection (if you have enough adapters handy), but its smaller display size makes it distinctly un-notebook-like. There have been attempts made to come up with covers that convert the iPad mini into a notebook, but the size of the device has made the keyboard too small to be usable for anything beyond very basic tasks. After all, even netbooks used to generally have displays that were 10 inches and above.

The iPad mini’s 8.3-inch display is better than the 6-6.7 inch displays we see on most smartphones these days, but it is well below the 10/11-inch minimum that is expected from even a small-ish notebook display. Now, this does not rule out the iPad mini as a device for producing content – it has the same processor as the new iPhones, one can edit images and videos on it easily, and the Apple Pencil 2 works beautifully on it, letting you sketch and scribble to your heart’s content.

You can note on it, but not notebook on it…yet! 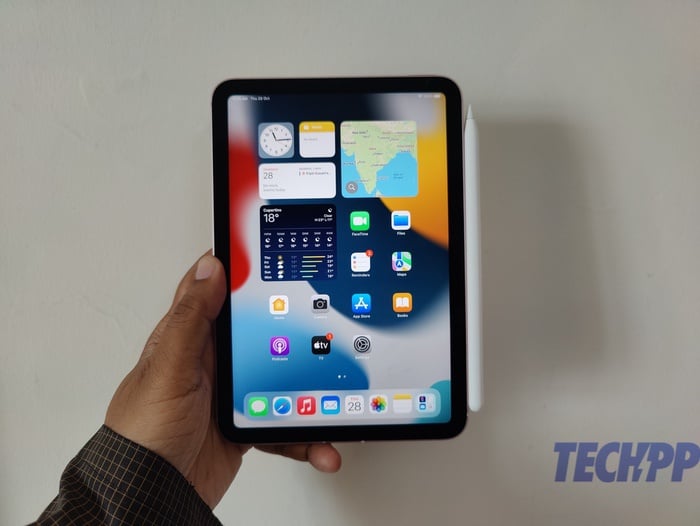 However, the important thing to remember is that while doing all this, the new iPad mini remains a tablet and does not mimic a notebook. Yes, you can type on it using the onscreen keyboard, but you will be more tempted to do so in portrait mode using your thumbs, just as you would on a large-ish phone – on larger iPads, most folks tend to park the tablet in landscape mode and type with their fingers. Here there is just not enough space. What there IS space to do is view lots of content and perhaps make some quick notes.

It cannot slip into your trouser pocket like a smartphone, but then it is not supposed to. That said, it does not need an elaborate bag to be carried around in, like a notebook. At a time when most high-end tablets, including its own siblings, are trying to be partial notebook alternatives, the iPad mini is the “Something that’s between a laptop and a smartphone” that Steve Jobs talked about in 2010.

The way things are going, it might get a special keyboard or become larger in the coming days, but right now, the new iPad mini is the last tablet Samurai from Apple – the one that reflects what the original iPad stood for.

TechPP is supported by our audience. We may earn affiliate commissions from buying links on this site.
Read Next
How to Convert WebP Images to JPG on Mac
#apple #iPad mini #Opinion #Tablet