Taking pictures and screenshots is part of our everyday smartphone lives now. Whether it is to capture a moment for posterity (read “social networks”) or as evidence of something (“lemme send you a screenshot to prove it” types), rare is the day when we do not hit the camera shutter or the button combo needed to capture what is on our smartphone screens. But not every photograph or screenshot we take has everything that we want in it. Sometimes both have elements that are either not needed. Or maybe something we are not comfortable sharing. It could be the words on a signboard, the name or phone number in a message, or even a bystander’s face. 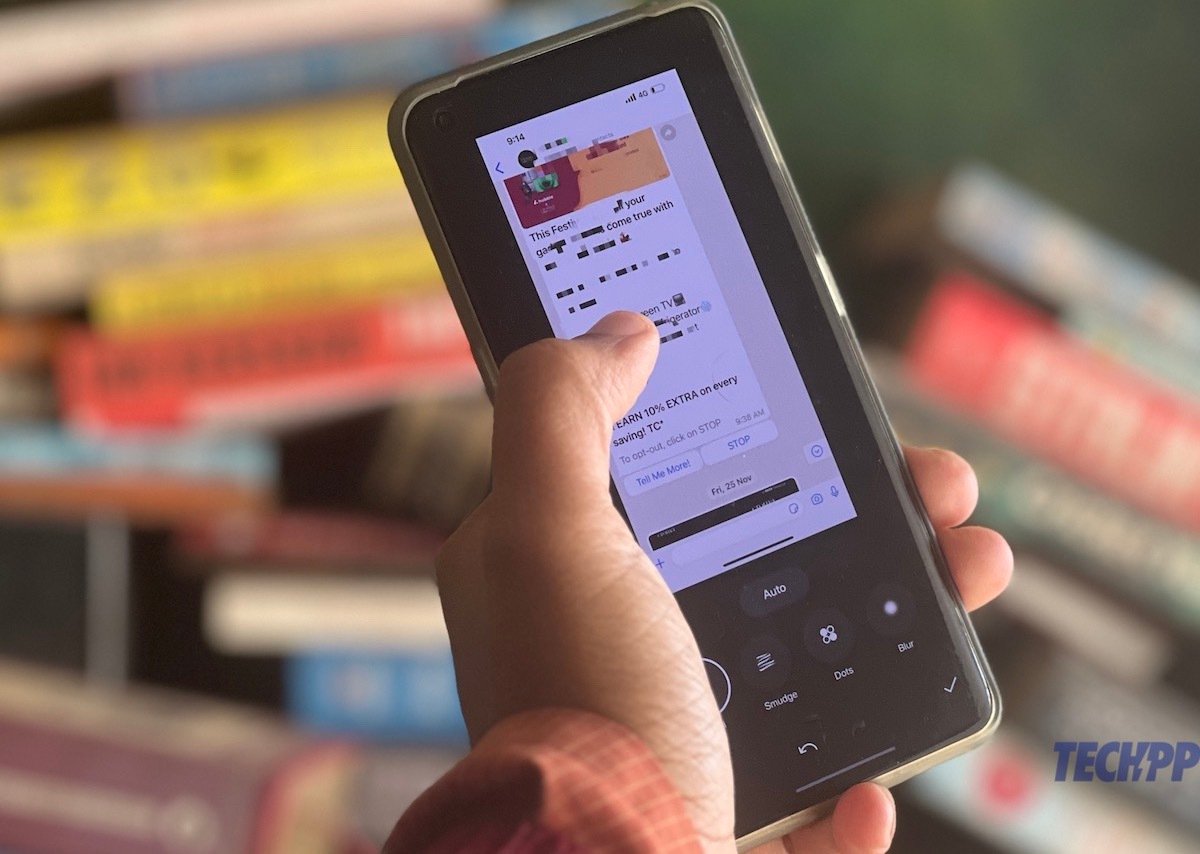 There are ways of tackling this, of course. There are a number of apps that let you delete parts of images, and Google’s Magic Eraser is famous for removing objects from images as if they had never existed, but those only work in cases when you totally want to remove something from an image.

What if all you want to do is obscure a name, a number, or just a face? In short, what if you want to let the viewer know that something was indeed there but do not want them to know what or who it was? This is often the case when one is sharing screenshots and intends to hide personal information or maybe hide a person’s face in a picture for the sake of their own privacy.

How to Pixelate an Image on OnePlus Phones

Well, you can do this by pixelating or blurring the content in an image. While there are apps that let you do this on most devices, OnePlus users with phones running OxygenOS 13 have got the facility baked into their phones and even have automatic name detection in the case of screenshots of messages. It is not quite out there and needs a little finding, though. So if you have a OnePlus phone running OxygenOS 13, this is how you go about pixelating content on an image or screenshot.

You start with getting the image whose portions you want pixelated. You can either go to the camera app and snap one or go to the gallery (called ‘Photos’ rather confusingly on OnePlus devices, as Google Photos is also called exactly the same) and choose the image. 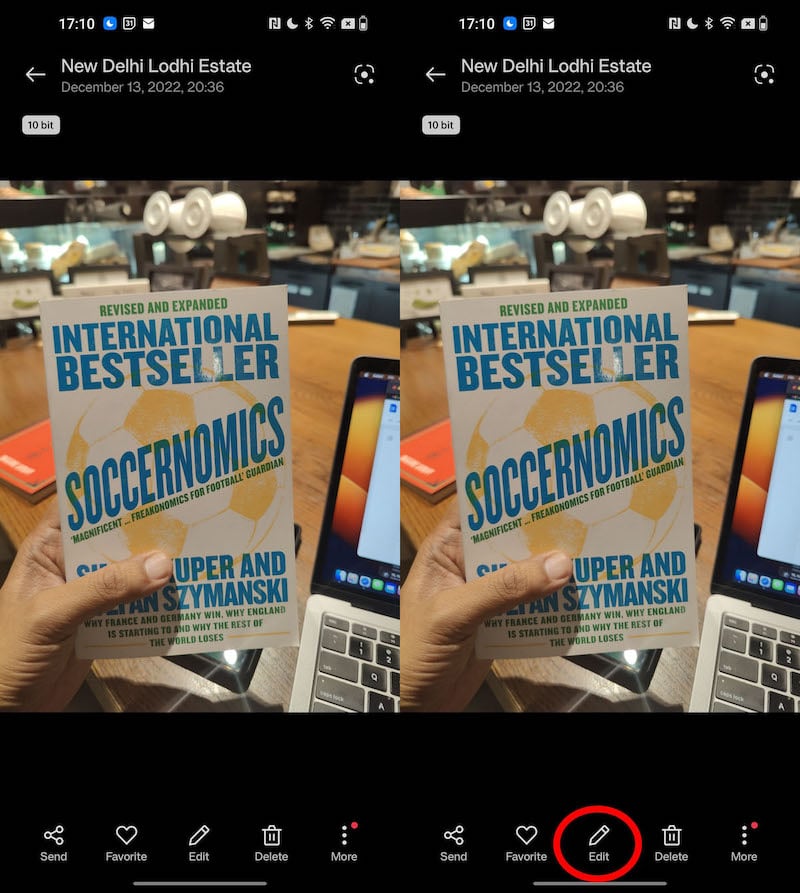 Taken your snap or found the one you were looking for? Well, just head to the Edit button that you will see among many options below the photograph.

Step 3: Pick your flavor of blur 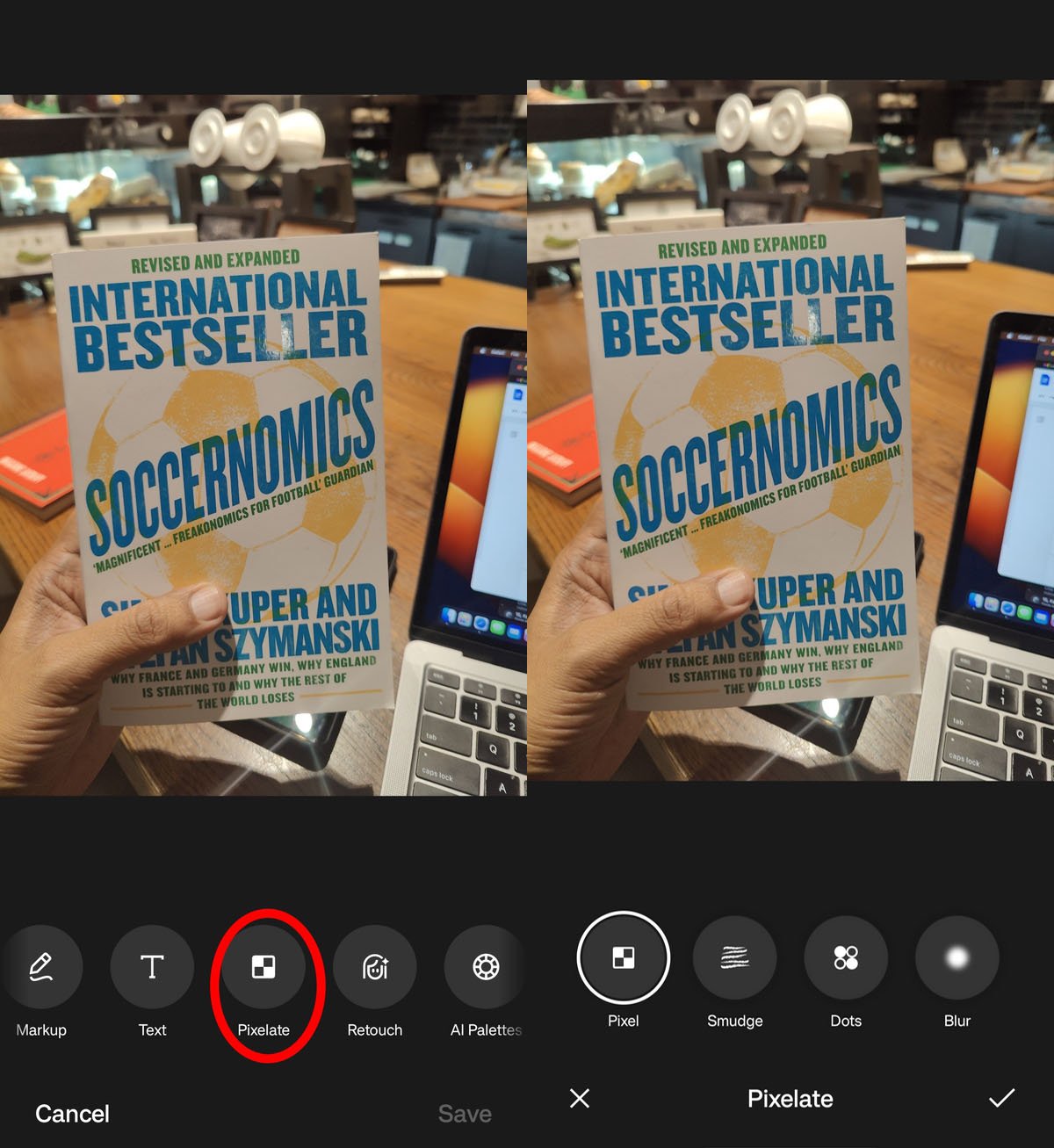 Scroll a little, and the Pixelate option will show up. Select this. Now, you will see four options – Pixel, which pixelates the content; Smudge, which, as its name indicates, smudges matters up; Dots, which covers the section with white-ish dots; and Blur, which blurs out content. There is plenty to choose from here, but we will go with pixelation. Select Pixel.

Step 4: Let there be pixelation

After you have selected Pixel, simply move your fingers cross the areas you want to pixelate – you can pixelate more than one if needed. If you think you have got it wrong, simply go back to where you started by hitting the Undo arrow (an arrow curved in an anti-clockwise direction) to undo the pixelation.

Step 5: And save the day and the image 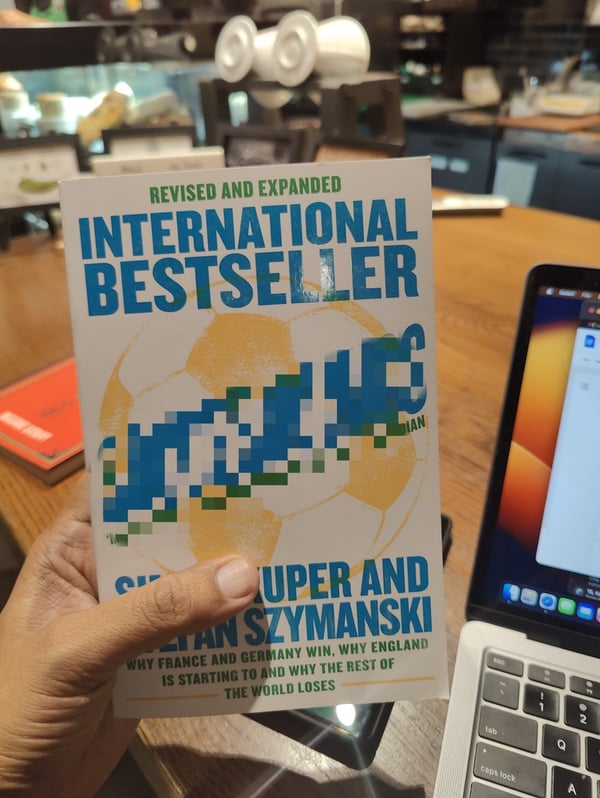 The process of pixelating content on a screenshot taken on a OnePlus is slightly different. This is how you go about it:

Get things underway by taking a screenshot. This is generally done by pressing the volume down and display lock/unlock buttons simultaneously. The screenshot will be taken and will appear in a corner of your display. Tap on it to enter the screenshot editing menu.

You will see Pixelate in the very second option from the left here, right after Markup. Tapping on Pixelate will give you three options in the form of icons – Pixelate, Dots, and Blur, which are the same as discussed earlier. You do not get a Smudge option here. Choose your option here (Pixelate, as we are mainly talking about it).

As in the case of the image, just run your finger over the part of the screenshot you wish to Pixelate. Again, you can pick multiple regions and also undo Pixelation using the Undo arrow option above the screenshot. Once this is done, either hit the Share icon or the tick in the top right corner. Sharr will open the options where you can share your pixelated screenshot while hitting the tick will simply save the image to the gallery.

You can also simply save your screenshot straight away and edit it as an image, following the steps in the first part of the story.

This is a particularly cool feature on OnePlus devices. OnePlus phones can actually detect names and profile images in a screenshot of a chat and pixelate them automatically. It works particularly well in the case of WhatsApp screenshots. This is how you can use it.

Step 1: Take a screenshot of your chat window

Again, just hit the display lock/unlock and volume down buttons at the same time to take a screenshot. This time save it in the gallery (the Photos app).

Step 2: Go to edits and choose to Pixelate, the auto mode

This is where it gets interesting. Open your screenshot and choose the Edit option. Scroll and get to Pixelate and choose that. This time you will see an Auto option right above the four regular options that we discussed earlier in this story – Pixel, Smudge, Dots, and Blur.

Tap on Auto, and the app will automatically cover the sender’s name on the chat box with a grey band and black out their image. It works particularly well in WhatsApp!

Step 4: Pixelate some yourself if needed, and exit

If you need to Pixelate some more content, do so by selecting your option and just moving your finger over it. When done, hit the Tick option in the bottom right corner and then the Save option that appears in the same corner in the following window. That’s it!

Was this article helpful?
YesNo
TechPP is supported by our audience. We may earn affiliate commissions from buying links on this site.
Read Next
How to Install and Use Intel Unison App on Windows, Android and iOS
#how to guide #oneplus #OxygenOS