Flying is a dangerous habit, and a pretty darn expensive one. Picture yourself paying around $1500, maybe even more, for a plane ticket from India to USA and not catching the flight, because you’ve forgot the hour or you did not estimate the traffic accordingly. Or imagine a flight that carries one of your boss’s best friends arriving 2 hours earlier than scheduled, forcing you to make a bad impression because you lack the information. For awkward situations like these, and even more, there’s always a solution.

There are numerous flight status applications and services which can be used to track the location of a certain flight and find out pretty much any detail regarding that matter, including hotels near that location, but not all of them are worthy. No matter if you tune in from an Android terminal, an iOS wonderbox or you are browsing the web from a distinguished computer, the tools below contain all you need.

Flight services and applications like the ones suggested below can also help travelers catch a flight, even though the city traffic delayed their arrival. Last year, when I went to Paris, we were delayed 20 minutes due to heavy snow and because of a mobile application like below I’ve managed to keep my hopes up and reach the flight, which was also delayed, eventually. 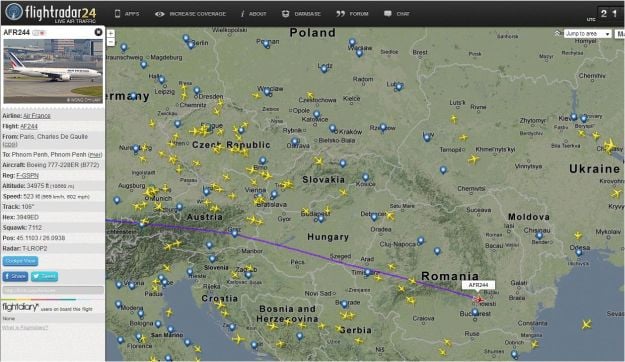 FlightRadar24 is an unfortunate choice of name, but a great service overall. Unlike other services that fall in this category, FlightRadar24 sticks to tracking plane flights all over the world, with a splendid 90% coverage which includes zones like Canada, New Zealand, Australia, Europe, Asia, Russia and others. Unfortunately, for me it worked only in Europe (no idea why).

As a service that does only tracking, but does it real good, FlightRadar24 actually offers a worldwide radar on which users can see the position of the aircraft with real-time, constant updates. When taking a look over my country for instance, I’ve seen no less than 25 flights hovering over our borders, each and every one displayed as a tiny jet that leaks important details, such as:

The service is a tad short of being used by terrorists, leaking so many details that some may consider it dangerous. From what we’ve learned, all the data is gathered by volunteers with special equipment and if you are interested, a sign-up page is available.

FlightRadar24 can be experienced using an advanced browser, a Mac, a Windows running terminal, an Android smartphone or an iOS device. The best part lays in the price: free. 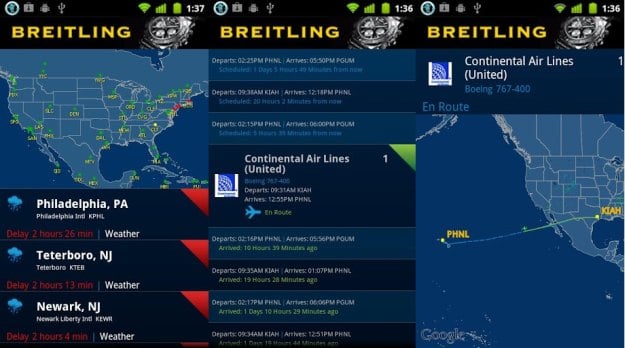 FlightAware is another candidate for the best application in this category, allowing Windows 8, iOS and Android owners to track aircrafts using the registration code, routes, flight number, airport code or the city link. Once you’ve chosen a flight, the mobile application will automatically push real-time alerts and other notifications meaningful for the user.

The user-interface of FlightAware is pretty straight-forward and manages to deliver messages in a classy blue-ish look, messages that include sensitive details like the number of the terminal on which the flight will park, flight profile, route information, flight delays and so on.

On the other hand, developers still have a lot to polish, as some users complain that the interface may sometimes be unintuitive, data for some Asian stations may be incomplete and in some dreadful cases, misleading information may be shown – rarely the case, but it still there. 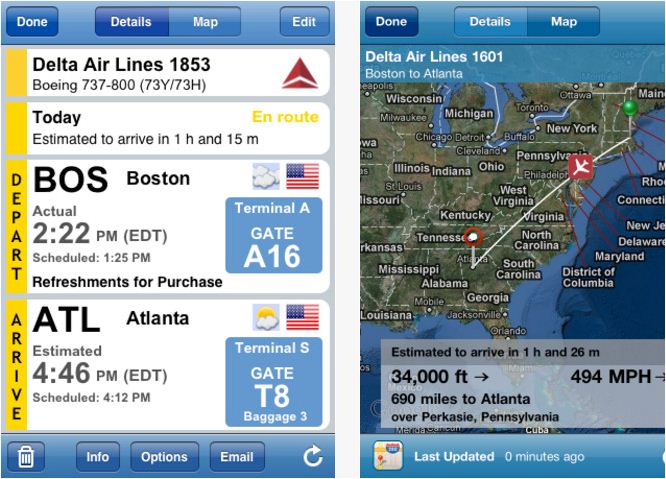 Flight Update is a pretty expensive iOS variant, especially for those who aim at the PRO version. For around $5, Apple lovers will enjoy a service bragged as specialized in tracking flights, which offers flight scheduling services in an elegant, easy-to-use shell.

Some of the key-features of Flight Update include a real-time flight status for gates, delays and cancellations, direct access to knowledge that targets over 1400 airlines and over 400 airports (both US-based and international), and even more:

The package includes also a small range of fun-to-have features, which advertise rather unusual information. For more details, check out the iTunes page. 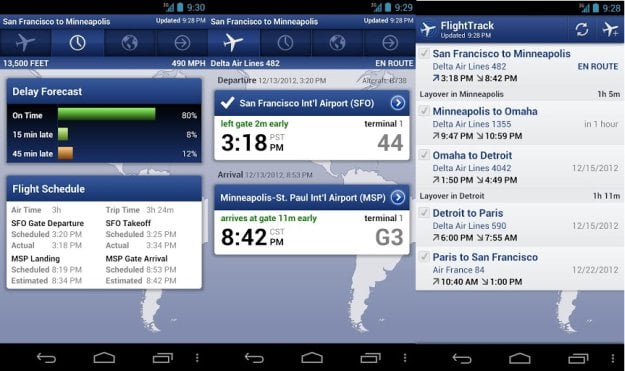 FlightTrack is a mobile application available for iOS and Android devices, whether they are smartphones or tablets. In a nutshell, the Mobiata-made title brings zoomable flight maps, real-time departure information, delay warning and terminal gate numbers on-the-go. Besides covering over 16,000 airports and 1,400 airlines, FlightTrack also offers tasty details like one-tap purchase of tickets in case of cancelations.

Speaking of details, FlightTrack also comes with a seating map which allows users to view their position within the plane, a home screen widgets which advertises information when the application is not opened, weather predictions and other data like airtime, speed and altitude.

Unfortunately, it costs around $5 to have, a price which does not cover some premium features like terminal maps. 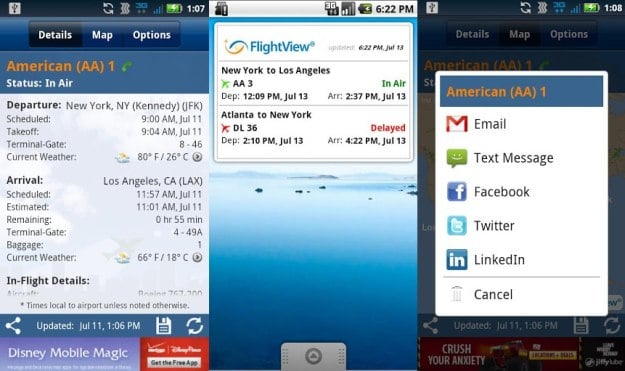 FlightView is a handy little Android application that can advertise real-time flight tracking from the most well-known companies out there. Free to purchase, FlightView can push instant alerts for flight status changes, display a national airport delay map with weather information and easily share trip itineraries with other friends. 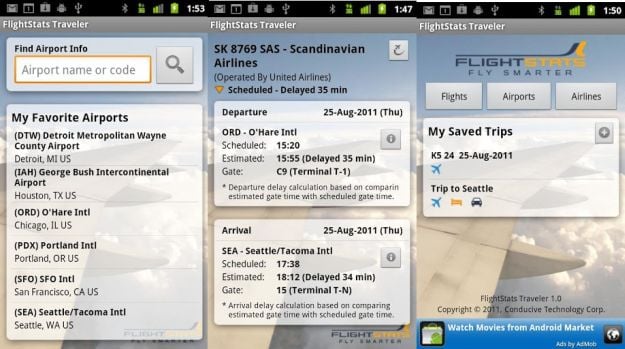 FlightStats may not have the best interface of all the titles presented above, but as users describe all-around, it has one of the most accurate tracking data. The application has a few tricks in its bag, displaying automatic flight status updates, airport delays, weather related information, airline contact details and even more, through the use of a desktop and mobile widget.

On-demand, flights can be checked using their unique number, the marked route or the pair of airports and any relevant information will be shown using a flight on-a-map tracker and 1-button status updates. Moreover, the title offers global airport information, as well as some airline details.

The application works fine on smartphones and tablets alike, and it also has an ad-free version that can be purchased.

Was this article helpful?
YesNo
TechPP is supported by our audience. We may earn affiliate commissions from buying links on this site.
Read Next
12 Best Free PDF Readers for Windows and Mac in 2023
#android #applications #Best Apps #fliying #ios #MAC #tools #Travel #windows