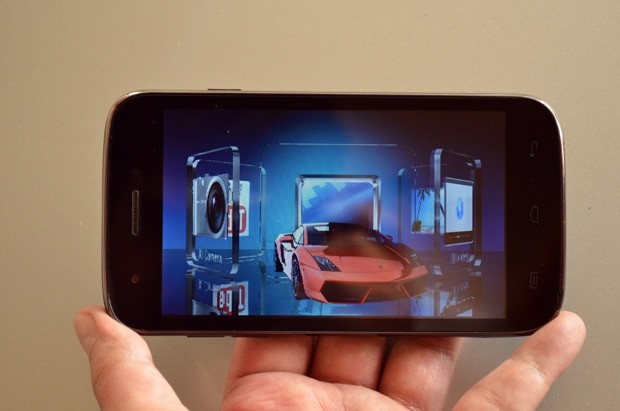 Ah, the third dimension! It’s been conquered in cinema theaters and on television screens, and encroached the smartphone arena a while ago. And while the technology has its naysayers, it’s here to stay, at least on the big screen. On phones however, it’s a different set of rules that come into play in deciding how well it’s received (not to mention totally different technologies and different measures of success). As far as the user is concerned, the idea is all about making the media and gaming experience more immersive of course, apart from its perceived coolness and the flaunt value. From the manufacturer’s point of view, it’s a fairly big differentiating factor and helps add something new and unique to the product portfolio. The Micromax Canvas 3D A115 is certainly not the first 3D smartphone – with the likes of HTC and LG making forays into the segment earlier – but it’s Micromax’s first jump into the third dimension and we’ll be taking a look at how well it plays out. 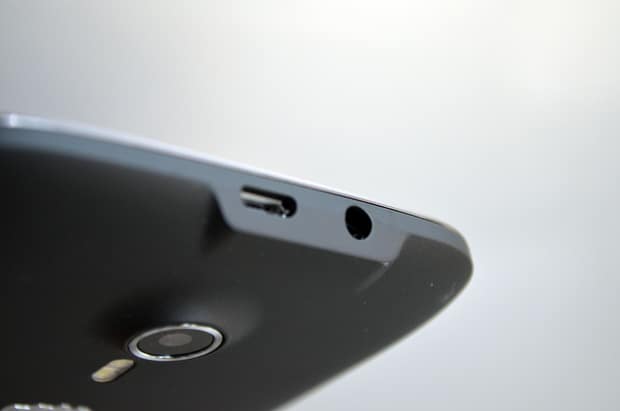 With a design that’s quite similar to Micromax’s Canvas 2 and Canvas HD models, the Canvas 3D is all black, and is encased in plastic. The front is dominated by the 5-inch screen, which is surrounded by a black border and features three capacitive touch keys at the bottom, with the earpiece, sensors and front camera on the top. There’s a bezel finished in gunmetal, barely visible when viewed directly from the front.

The fascia is devoid of any other embellishments otherwise, and there’s no branding as well in the front. The volume rocker is placed on the left spine, while the power / sleep key is on the right. The top is where you’ll find the microUSB port and the 3.5mm headset socket, both placed on a flat central portion that protrudes from the curves. The rear of the phone has more action in comparison – the main camera lens juts out closer to the top, with a chrome ring encircling it and the dual LED flash placed right below.

A Micromax logo in embossed chrome is in the center and more branding below, towards the bottom. Finally, there’s the phone speaker. The soft touch matte finish toted by the battery cover helps get rid of the plasticky feel to a large extent, and keeps it reasonably free of smudges and fingerprints. You can pry the cover open to reveal the battery, the two SIM slots and the microSD slot. Looks-wise though, it’s a plain Jane device that’s not going to win you second glances. 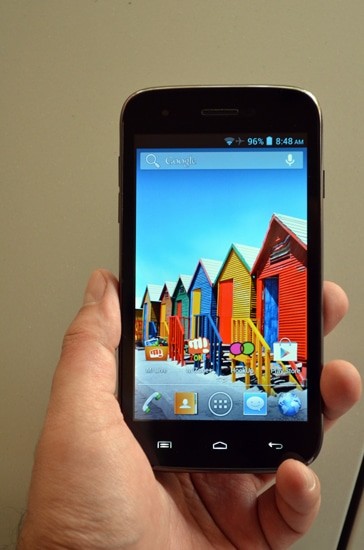 Unlike its more accomplished sibling that boasts a 720p display, the Canvas 3D rocks a 480 x 800, 5-inch screen, with an unimpressive pixel density of 187 ppi. As such, while the viewing angles are good and the touch responsive, text doesn’t appear as sharp, and the graphics not so crisp as compared to the Canvas HD. Also bear in mind that the screen has a parallax barrier layer to enable glasses-free 3D. Overall, it’s underwhelming, with the aforementioned glasses-free 3D feature being its only claim to fame. 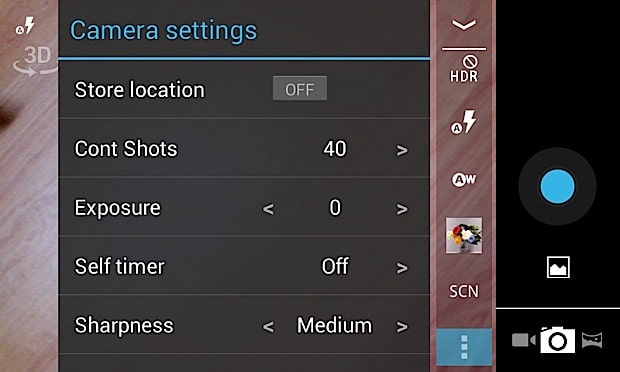 The Canvas 3D has a 5-megapixel main snapper, while a VGA unit in front handles video calling. The camera UI offers a slew of tweaks and settings, including control over ISO, white balance, exposure, sharpness, hue, saturation, brightness and contrast. Numerous scene presets and color effects are on offer as well, along with modes such as burst, HDR and panorama. 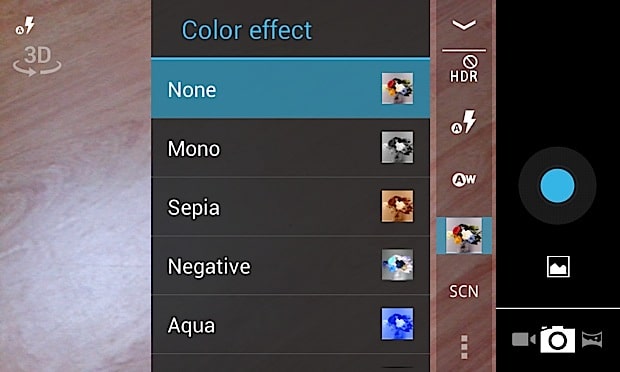 The viewfinder even has a 3D toggle upfront, letting you capture stills in 3D. However, since the device only has a single camera at the rear (as opposed to those that feature dual cameras to capture stereoscopic images), the Canvas 3D captures two shots and then ties them together to form a 3D image in the .MPO format. The feature requires you to press the virtual shutter key twice to work, with each tap capturing a different image. The process is slightly confusing, and is only detailed in the 3D Guide. The latter, while explaining how to capture 3D images, doesn’t specify that the first tap in fact, captures an image, and wrongly mentions that the action enters the camera into 3D preview mode.

The snapper can’t take videos in 3D, but since the device can display any content in the third dimension using its parallax barrier display, it can do the same with videos you’ve captured as well. The camera quality remains a mixed bag, with usable results in daylight, but noisy ones in low light – this is valid for both stills and video.

Mimicking the Canvas HD’s software package, the Canvas 3D also runs a lightly-skinned iteration of Android 4.1.2, offering very similar features. As before, there’s the custom notification bar with connectivity toggles and sound profile shortcuts, along with a settings menu that’s decked up with colored icons. The same SIM management, sound profiles, and scheduled power on / off settings we saw earlier are present too, along with preloaded apps like M! Live, M! Zone+ and the HookUp messaging app. 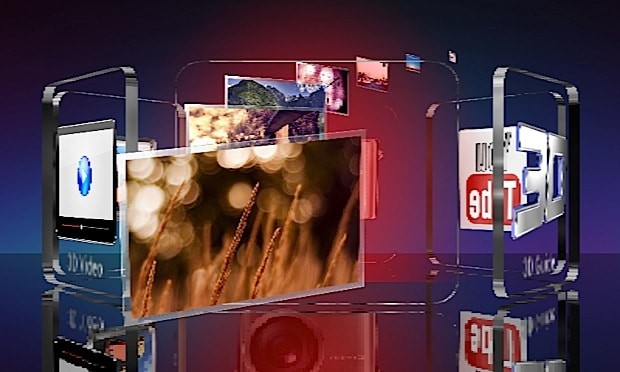 Again like its HD sibling, text input is handled by the stock Android keyboard. What’s different is a modified lock screen, along with a new set of animation effects that allow you to jazz up the home screen and app drawer transitions. The biggest difference is, of course, the suite of 3D apps and content to complement the smartphone’s 3D prowess. The window into the third dimension is called 3D Space, accessible directly via the lock screen and its own dedicated icon. 3D Space launches a 3D (bah) landscape carousel that provides access to the camera, video player, gallery, and games – all in 3D of course.

3D Games provides links to games on the Play Store that support 3D. There’s also a link to the 3D channel on YouTube, along with a guide that teaches you how to make best use of the phone’s 3D capabilities with respect to creating, viewing, and sharing 3D content. The guide is also accessible via its own icon, and despite the typos and use of bad grammar, seems helpful for newbies. 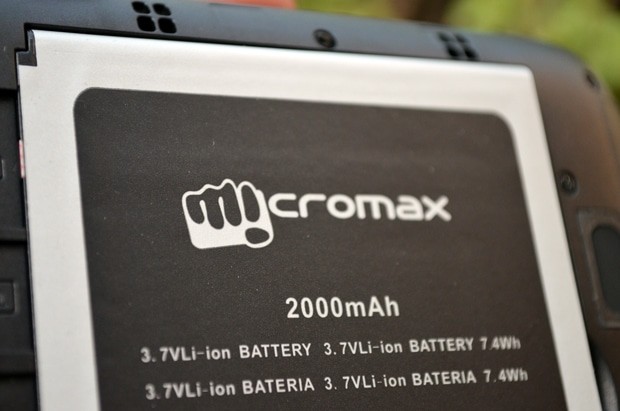 With a dual-core MediaTek MT6577 clocked at 1GHz doing the honors, this smartphone isn’t going to break any speed records. And while goings aren’t super fast, the Canvas 3D does perform reasonably well. There are hardly any speed bumps with routine tasks and popular games are handled with ease. There’s 4GB of storage that can be expanded via microSD.

As a media player, it can handle 3D video playback, and supports a variety of formats. Full HD video was handled reasonably well too, though we found the speaker volume a tad on the lower side. The mediocre specs mean that the 2,000 mAh battery isn’t taxed much, and is able to fuel the handset for a full day comfortably, stretching it into the second day if your usage doesn’t involve a lot of media or gaming. 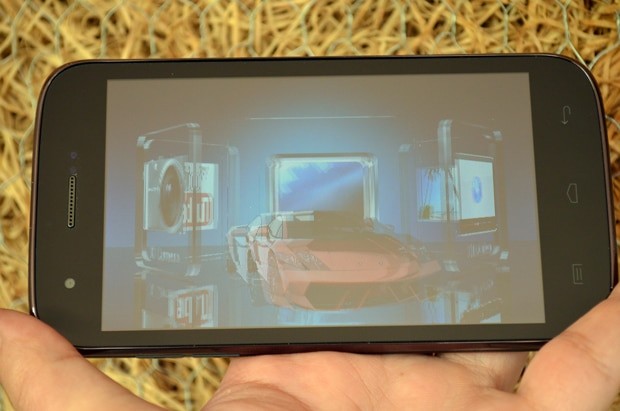 As far as 3D on smartphones is concerned, it’s still plagued with the two biggest issues we’ve had historically – lack of enough content and the fact that it needs the device to be placed at the sweet spot for best results. While the situation as far as the former is concerned has improved to an extent, the fact is that viewing 3D over long durations of time can be a headache, literally. 3D remains a neat party trick and a trophy feature that may lose its novelty eventually. And if you strip the Canvas 3D of its suffix (and its hero feature), you’re left with a smartphone that’s still reasonably capable and priced at Rs 9,999 (~ $180), quite affordable, even though then it’s sure to face heat from competition. As a package however, it’s the most affordable 3D phone yet, and that should count for something, especially if you want to impress some friends.

Dear Micromax, Welcome Back...But Can We Talk of the Phones,…
Micromax makes a comeback with the launch of IN Note 1 and…
Micromax 2.0: First Impressions - All Product, No "Cheeni"!
Micromax's IN a Red(mi), Real(me) World - no longer just…
ACT Stream TV 4K Review: A Top Class Streaming Act
Vivo S1 Review: It’s got the looks, but needs more