Slow motion video apps can be used just for fun or actually as a tool to make movies straight from your smartphone or tablet. And, to a certain extent, one could consider a good slow motion video app a budget tool for making a movie or a video. We tried to find the best such apps that you can use with your iOS and Android device. Unfortunately, we didn’t manage to find a reliable Windows Phone app for slow motion video purposes.

The SloPro – 1000fps Slow Motion Video iOS app by Sand Mountain Studios is considered to be one of the best slow motion apps to be used on an iPhone or iPad. Super slow speeds of 500fps and 1000fps can be simulated using optical flow and there are also in-app tutorials for getting the best slow-motion video. It also comes with frame blending, exposure lock, sharing feed and the hardware acceleration makes the effect rendering on the GPU eight times faster than on a desktop system.

By using the iOS SlowCam slow motion app you can record amazing slow motion videos in real time on your iPhone, iPod or iPad. You will be able to capture video at 60/120 FPS for ultra smooth slow motion capture. There’s the option of setting focus and exposure points and tendering in the background. The zoom button is an exclusive feature for iPhone 5, 5s and 5c.

The iOS app Dartfish Express has been recently featured on the Apple website, as the Cupertino company has recently published a new web page that showcases various life uses for the iPad, called Life on iPad. Champion speed skater, Bridie Farrell, uses her iPad and Dartfish Express to review practice and race videos, so this is an extra reason to get this slow motion app.

The VideoPix: Video Frame Capture, Slow Motion Editor & Player for iOS, as the name suggests, is more than just a simple slow motion app. The app has functions of a slow Motion editor, video frame grabber, and enhanced video player. You can render and save slow motion videos to the Photo Library and you are also able to edit videos in slow/fast motion & export them to Camera Roll.

“More than 1 million athletes and coaches use Ubersense to improve at sports” – this is what the developer boasts with. And if you look at the its ratings of the Ubersense Coach: Slow Motion Video Analysis iOS app, you realize it’s not a lie. Albeit aimed at tennis, basketball and more than other 30 different sports players, you can use this slow motion video app as per your own needs. The best part about this app is that, despite looking like a premium application, it can be yours for free.

From what I’ve managed to find, Coach’s Eye is by far the most complete slow motion video app for Android users and the next two don’t have such a good rating as this one. Also the most expensive slow motion app in our list, Coach’s Eye comes with video capture with slow-motion review, drawing tools, and simple sharing options. You can  zoom and pan videos during analysis, draw on videos using lines, arrows, circles, squares, and freehand tools and also create analysis videos with audio commentary, annotations, and slow-motion. 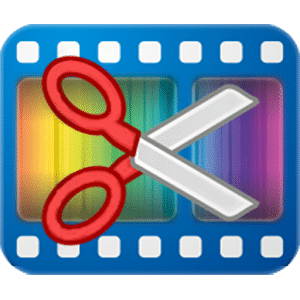 The AndroVid Video Trimmer is not a slow-motion Android app per se, as it comes with many other functions. Slow motion is one of the many video effects that it comes with – fade in/out, gray tone, mirror, negate, remove audio, slow / fast motion, swap U-V. Also, by using the app you can trim, merge, split, transcode, add music, apply effects, grab video frames, share your videos, convert to MP3 and do other things. 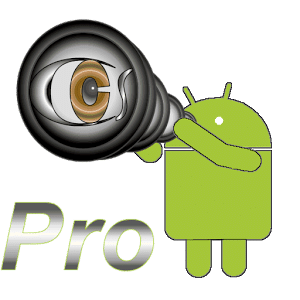 Controlled Capture Pro lets you capture time-lapse sequenced images automatically and slow motion videos. It has two modes:Image Capture Mode and Video Capture Mode. In Image Mode, individual snap shots for stop motion animations or timed snap shots can be saved in a separate folder. Recording a slow-motion video is very easy and you can set the time length for recording. The app also comes with a help section if you are not sure how to use it.

Was this article helpful?
YesNo
TechPP is supported by our audience. We may earn affiliate commissions from buying links on this site.
Read Next
12 Best Free PDF Readers for Windows and Mac in 2023
#android apps #Best Apps #iPhone apps