LG seems to have some big plans for the CES 2014 in Las Vegas next week. After some details about connecting the smart home appliances via text messaging services were made public a few days back, we now know that the other Korean giant is gearing up with a wearable device of its own called the LG Lifeband Touch. Modeled around the Fitbit-style fitness tracker, the Lifeband Touch will reportedly support both iOS and Android. 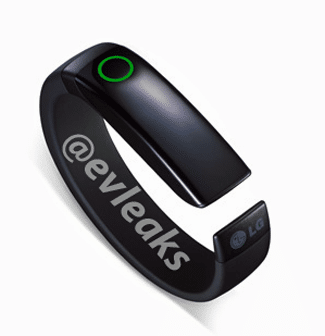 The prolific leaker in the gadget space, @evleaks posted a tweet showing the render of LG Lifeband Touch. Last year, at CES 2013, LG had announced a similar activity tracking device which never made it to the market shelves. The Lifeband Touch might actually be an improved version of the same.

Right now, we don’t have much information about what this particular wearable device can do or when exactly it will be announced, but CES 2014 being just about a week away, we can safely bet about LG divulging more details at the Las Vegas trade show. Also, with competitors like Samsung and Sony betting big on the smartwatch space, how long can LG stay behind in the race?

Was this article helpful?
YesNo
TechPP is supported by our audience. We may earn affiliate commissions from buying links on this site.
Read Next
OnePlus Nord Watch Review: Bringing elegance to the economy class
#CES 2014 #Fitness #LG #wearable