As you most probably know, LTE stands for Long Term Evolution, and it refers to the wireless broadband technology allowing you to access and share various 4G, as well as 3G mobile connections. Once you’re connected, you can easily transfer data, send SMS and stream any media you might want to.

4G LTE routers were created as a result of our constant need of being connected at all times – at home, at the office, when commuting and travelling. Picking up the 3G or 4G network from your mobile device, the router then rebroadcasts it as a Wi-Fi connection that can be used on most other devices you have in store. 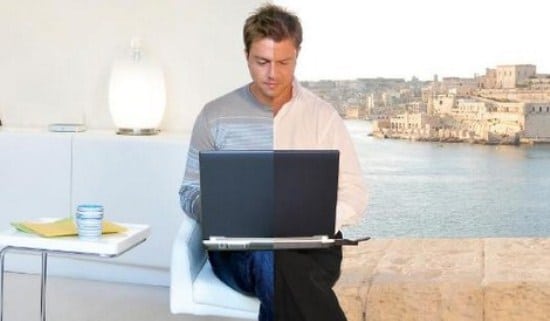 However, with such a wide variety of LTE routers being available, it’s hard to choose the best one for your needs. Today’s article is going to talk about the best 4G routers that we identified, highlighting their most relevant features, as well as the downsides of each one of them.

One of the best, but also the most expensive such router is the DWR-921 that can be bought for prices between $250 and over $300. Coming with a download speed of up to 100 Mbps, the LTE router launched by D-Link also makes uploading possible at a speed that can go up to 50 Mbps.

Initially designed to enable users to share their 3G and 4G LTE mobile connections, this router is one of the most appreciated on the market nowadays. What’s special about it is the fact that it is also equipped with an Ethernet WAN port to use for cable broadband internet. Apart from this, it comes with four 10/100 Ethernet LAN ports that you can use to connect any wired devices. 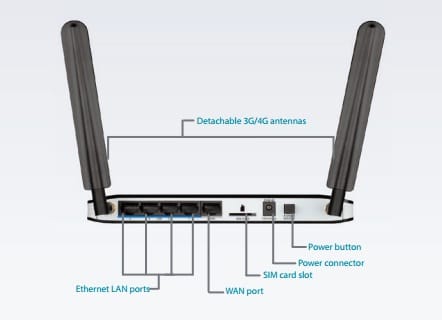 Its wireless hotspot is 802.11 b/g/n, and it comes with two security features that make surfing the web safer. The first one is the WPA/WPA2 encryption, while the second one is the 64/128-bit WEP, both of them helping you to secure wireless traffic.

Coming with a SIM card slot, the router from D-Link lets users simply insert their SIM or USIM card to setup the network. Customer reviews show it is very easy to install and then use, while it can be easily handled thanks to its 1.10 lbs. weight and the small dimensions – 7.48 x 4.39 x 0.93 inches.

Another company offering plenty of different LTE routers is Verizon and one of the most powerful such devices from the brand is the Jetpack Mobile Hotspot MHS291L. Also quite affordable and easy to use, this one is available on Amazon for only $39.99. However, prices range from the lowest to maximum $49.99 depending on the website you choose to buy it from.

Coming with a very long-lasting battery life – 4040 mAh that lasts for 14 hours and 37 minutes, this router might not look great, but it’s been tested and proved to be the best one to use internet on-the-go. It is much cheaper than similar products offered by Verizon, and its speed can go up to 9 Mbps depending on the device you use.

Being a little bulkier than the previous model from D-Link, this one weights 4.94 lbs. and its dimensions are 3.62 x 2.0 x 0.72 inches. The router from Verizon is also equipped with a black and white status display attached with 128 x 96 pixels resolution that makes it easy to check usage, battery life and connected devices.

You can use it in over 205 countries and you can connect it to a maximum of 10 Wi-Fi enables devices at the same time – cameras, netbooks, tablets, computers, MP3 players, etc. The router will automatically shut down after 30 minutes of not being used in order to save battery life, and it can be used to surf the web with the 2.4 GHz band or streaming movies and games with the 5 GHz band. 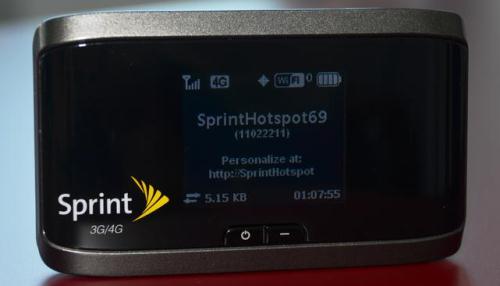 We’ve all heard of Sierra, and it would’ve been shocking if they didn’t have a high-quality LTE router to offer, as well. The Wireless Tri-Fi Hotspot for Sprint can be purchased for $99.99 with a contract that lasts for two years.

It comes with a great battery life that allows for a maximum of 9 hours usage time, as well as an informative display and many router options. Its massive battery of 3600 mAh explains why the device is rather bulky, the same as it happened in the case of the router from Verizon. This one weights 4.9 lbs. and its dimensions are fairly similar to the DWR-921: 2.25 x 3.84 x 0.95 inches.

The interesting aspect about this router is that it’s equipped with a micro SD card slot that lets you share network storage. When it comes to its speed, however, you shouldn’t expect it to be higher than 3 or 4 Mbps, but the speed tends to remain constant within a maximum of 50 feet away from the device. Although not amazing in terms of speed, the quality offered for this price is very good, and customer reviews show this is the best LTE router you can buy from Sprint.

On the back of the router, you will find 2 antenna connectors, a reset button, the micro-USB port and the micro SD storage slot. In case you’re planning to use the USB port for cable internet, you will need a computer running Windows 7/Vista/XP or a Mac using v10.4 of the OS. The Tri-Fi hotspot is easy to install and to charge, while more information about it can be found here.

Huawei recently launched its first LTE router – the E5786 MiFi that is very compact given all that it has to offer. Available for $135, this device supports a connection speed of up to 300 Mbps for downloading and maximum 100 Mbps for uploading files.

It works both on the 2.4 GHz frequency band for surfing the internet, as well as the 5.0 GHz one for streaming. One of the most impressive features of this device is the fact that it can also be used as a portable juice pack.

It only takes 5 seconds to turn on and is reknown as the world’s fastest such router. It allows you to connect up to 10 devices at the same time, including tablets, netbooks and desktop computers. It’s extremely simple to use, as it comes with only two buttons – one for the Menu and searching for options and the other one to select it.

Its battery life is also impressive, as it can allow you to use the router for up to 10 hours without recharging it. Apart from that, it enables you to use it for 500 hours in stand-by mode. It’s never been easier to connect to networks by simply scanning a QR code – more about this can be learned from the official webpage of the product!

Another similar router to the one from Huawei is the Samsung LTE mobile hotspot SCH-LC11 that can be purchased for only $99.99. If you opt for a two-year contract, you can get it for only $49.99. Weighing 2.7 lbs, this device comes with an incredibly fast speed that all customers appreciated, but it has limited features, as well as available data plans to work with it.

The battery can last for up to 10 hours, and it allows for an idle time that can be set up between 5 and 60 minutes – once you stop using the device for longer than that, it will automatically shut down. It lets you connect via the USB port to computers running on Windows 7/XP/Vista, and it lets you download media files at about 13 Mbps – tested on Speedtest.net.

One of the bad aspects of the device, however, is the lack of a micro SD slot, which means you won’t be able to use a micro SD card for storage. On the other hand, it’s great for hooking multiple devices – up to 10 of them – but it can take 35 seconds to start up, and the performance can drop quite a lot once you move more than 50 feet away from it.

To conclude, it is a good device for those who are planning to use it indoors, as the speed and battery life tend to be very good. You can learn more about its features and how to use the router from the video below.

Was this article helpful?
YesNo
TechPP is supported by our audience. We may earn affiliate commissions from buying links on this site.
Read Next
10 Best Monitor Arms to Buy in 2022 [Buying Guide]
#4G #Buying Guide #lte #wireless router