Best Software and Apps for Musicians

Music is one of the best ways to express our feelings and share them with the others. Through music, composers send a message to the world; through music, we part on journeys that change who we are. For this reason, music deserves to be shared. This is why we invite our friends to listen to songs we like.

When you’re a musician, though, sharing this joy is not all about introducing others to nice bands. Being able to make music is a real gift, and for this reason, musicians need to make the most of their talent, at any given time.

One way for them to enjoy music at all times is by taking it everywhere. Thanks to smartphones, this is now possible, and some of the greatest developers came up with apps that make it even easier. Apart from applications, there is also software that one can use on a computer. This article will list some of the best ones we discovered. 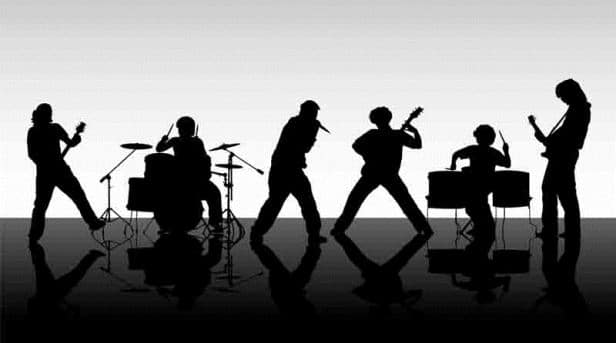 This is not your typical music-making app that helps you edit and record audio files. However, it’s one of the best ones you could have, and the reason why we start our list with it is that it gives musicians the very basics. Whenever one wants to become a good composer, he/she needs to listen to a lot of music first. This is where this application comes in.

MOG has been specifically created for those who own an iPad, and it may be similar to Pandora or Spotify, but it is so different. It only costs $9.99/month and gives you access to a large music library with more than 15 million great songs.

It can also be used on your iPhone or iPod Touch, but it seems to simply work best with iPads. The requirements are iOS 5.0 or a newer one and a huge passion for music. You can download and install it for free, which will also give you access to some of the music. You will then be asked to sign up for the monthly package that lets you access all available music. 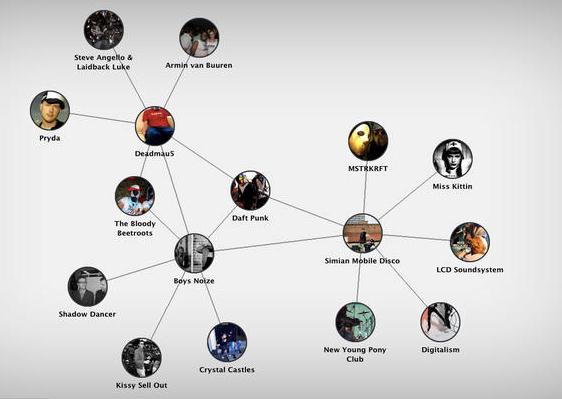 Although similar to the app before, this one is special because it lets users discover inspiring artists. All you need to do is enter the name of an artist or band that you already liked, and you will receive plenty of recommendations based on your input.

Once you discovered a new artist/band, you can read information about them, watch all of their videos and listen to their music for free. The app only costs $1.99 to download and being a one-time fee, there are no additional monthly costs.

Being a pretty high-quality application, Discovr asks users to have and iPhone that uses iOS 7.0 or a more recent version of this operating system. It can be used on all iPhones, but it’s been specially designed for the iPhone 5. Similarly, it also works on your iPod touch and iPad, but we recommend using it on the smartphone – it just feels a lot better!

MAGIX for your Computer

Alright, so you own a laptop that you take along with you to work, on your trips and mostly anywhere. Although you have a smartphone or tablet, you may want to be able to edit your music files on a bigger screen. There is no problem about that, as many tools are available for you to download, and MAGIX is one of them. All you need to have in order to use it is a Windows computer – XP, Vista, 7 or 8 will work.

Also known as MAGIX Music Maker MX, this is a tool for audio editing, and its user-friendly interface can be used by beginners. It can be purchased for $59.99, but once you have it, you’ll be given access to plenty of effects, over 3,500 available sounds and many others.

It also comes with tutorials, so there’s no need to worry about not being able to use it properly once you’ve installed it on your computer. Apart from this, the intuitive interface will also guide you through all the necessary steps and lead you to creating real masterpieces.

Being a musician is not all about listening to music or recording your own. It’s not even so much about editing audios. What it’s mostly about is being a true artist, and what artists need is inspiration. It all depends on a great idea that you may have while you’re on-the-go.

The good news is that Wave Recorder can help you record absolutely any idea that you had at a certain time. If you don’t have a pen with you or can’t find the words to express your idea in writing, you can just talk about it, and this app will save everything for you.

It doesn’t just work with ideas, though. It can be used to record a song that you found interesting and find out more about it later. Similarly, it can be used to record your own music or a student playing, and then replay it to analyze the strong and weak points. It’s absolutely free to download, and all you need is Android 2.1 and you’re ready to go.

Tempo is an iOS application that helps musicians to stay on rhythm. It comes in English, French, Korean, Japanese, German, Spanish, Chinese and many other languages. All that this app requires is a phone that uses iOS 5.0 and a $1.99 fee that you pay to download it.

The same tool can be used on your iPad or iPod touch, and once you’ve installed it, you will have access to 6 rhythm patters in the case of simple meters and 3 of them for compound ones. You can also choose from 14 sound sets, go for the vibration mode and control the volume.

Tempo is known to be a classical metronome that comes with setlists and includes 35 different time signatures. Being available in so many countries worldwide and being adapted to most languages, this tool has always been in the top 100 apps for musicians. Find out more about its powerful features from the iTunes store.

AVS for your PC 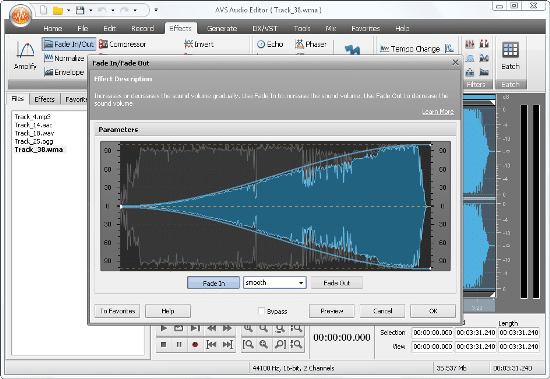 Stepping back to our list of tools for computer, AVS is another great one to have. It mainly is an audio editing software, but it’s very intuitive and a little cheaper than the previous one – only $38.99. The latest version (v. 7.2) has been recently updated – in March 2014.

It can be used on most Windows computers – it requires Windows 7 or 8.x. Apart from editing audio files, you can also apply various audio effects to the music you make. If you want to record your own music using AVS, you’re welcome to do it, but the tool also lets users import and export all of their files.

Another cool thing that you can do with AVS is create ringtones that are compatible with iPhones. Therefore, if you have both a Windows laptop and an iPhone, you can personalize the latter with some great music you made yourself. The software comes in English, but also French, Italian, German, Spanish, Polish, Russian, Dutch and Japanese.

Another powerful tool for those who use iPhones is Notion. This is an application that costs $14.99 to download, but there are no additional fees to pay afterwards. It’s been designed so that anyone can create music with a little help – you have access to virtual instruments, and you can then edit all of your audio files.

It requires iOS 6.1 and has been adapted to work on most iPhones. It can also be used on your iPad, which is great in terms of giving you the mobility you need. This way, you can record your musical ideas whenever and wherever.

It is available in English, as well as German, Spanish, French and Japanese, and some of the most popular virtual instruments you can play are piano, electric bass and keyboards. The interactive piano keyboard is great for fast entry, and the drum pad is also very easy to use. Once you’re done editing a file, you can email it or send everything to Dropbox. You can also import your files using the same tool. Find out more about this amazing application here!

iRealb may sound like an app for iOS, but the good news for Android users is that it’s not. This tool requires Android v2.2 and costs $10.99. The app introduces itself as “a professional tool for musicians and music students of all levels”, and it definitely has some of the best features you could get.

iRealb can be used to practice while you’re on the bus, at school, have some spare time to waste and so on. Because practice makes perfect, you can improvise and create your own music using the realistic-sounding instruments (piano, drums, bass and guitar).

It includes 50 exercises and thousands of songs can be imported from any website or forum. It comes with a tutorial and also includes guidelines at any given moment, so that you can easily create charts. Apart from that, you can also share them with your friends and professors. Read more about it on Google Play!

Have you ever heard a song that you liked and didn’t know who was playing? In case you weren’t with your friends and didn’t manage to memorize the words, you probably couldn’t ask anyone for the name of the band – not even Google.

What does one do when he/she discovers a song that’s absolutely inspirational, but has no clue who’s playing? The answer is simple – Shazam is the key that opens this kind of door. It can be used on your Android device, as well as iPhones, and it works perfectly with iPads, too.

Even better news is that this is a free tool and only requires iOS 6.0 or Android 2.2. It also comes in plenty of languages, such as Chinese, Polish, Russian, Korean and French. Once you’ve made a great discovery, you can use it for your own music-making, but you can also share it with friends on social media. Sharing is caring!