Andromium is a Dock that Wants to Unleash Android onto Desktops

For the past few years, especially thanks to the increase in popularity of crowdfunding website, we’ve seen many bold projects trying to allow consumers to use their smartphones as notebook or desktop computers. Perhaps the most notorious such effort has been Ubuntu Edge, which has managed to gather an amazing amount on Kickstarter. But today we’re talking about Andromium, a device that wants to turn your phone into a ‘work computer and family game console‘. 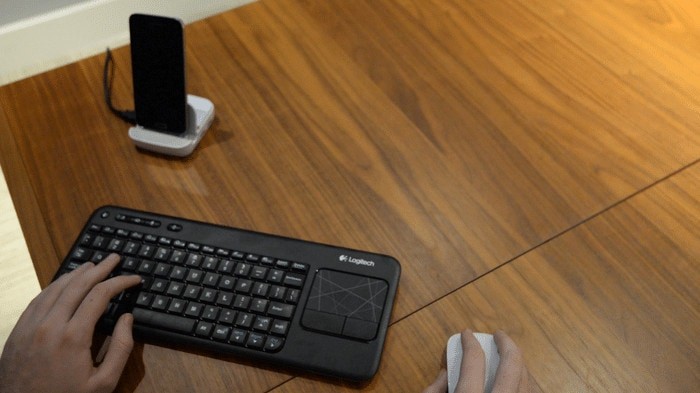 To put it in plain English and very easy to understand, Andromium consists in a Android app and optional docking station that allows to connect a phone to external hardware and run desktop-style apps. So, you can go ahead and install a really cool Android game from the Google Play Store, then drop your phone into a dock, and then you can use a keyboard, mouse, monitor, and even a game controller.

The Andromium dock comes with a HDMI output, 3 USB ports, and a power connector which makes sure that your smartphone is always charged. So, whenever you are done with your desktop session, you just pick out the smartphone from the dock and that’s it! The Andromium app will tell when your phone is docked and it will switch to the desktop user interface, which is a mix of design elements from Windows 7 and OSX UI.

The desktop user interface comes with a taskbar, support for apps that run in windows, allowing users to resize and move them. Thus, you can easily run multiple apps side-by-side or on top of one another with the use of a keyboard, mouse, and monitor. All the Android apps that you have on your smartphone will now run in full screen. Even more, background apps and services will continue to run, allowing users to take incoming phone calls, hear alarms, or receive other notifications.

One of the drawbacks is that the dock will currently work only with the Galaxy S and Note lines of smartphones, but the company is looking into designing docks for HTC One and LG Nexus 5/G3 phones as stretch goals.

What is different with this project is that it presents itself as an affordable solution. So, currently, if you pledge $29, you will get the HDMI-charging dock and Andromium OS for your Samsung smartphone. The company has managed to crowdfund so far more than $17,000, but they have 38 more days to reach the $100,000 goal.

Twiddle Spin: A Modular Kinetic Desk Toy to Unleash Your…
Android Mirroring/Casting: How to Connect Android to TV
Android 12 Beta: Everything Coming to the Latest Android…
7 Best Android Icon Packs to Customize Your Android…
Stat Stories: Nokia Rules in Android Updates
What is RCS and How can it change messaging on Android?