Transition of Apple into a Services Company has Just Started

In its previous earnings call earlier this year, Apple had focused a lot on its services. The company had, for the first time stated its user base, which was around 1 billion devices. Those one billion devices generated $5.5 billion in services revenue for Apple during the three months ending Dec. 26, an increase of 15% from the same period a year earlier.

The reason why Apple was putting services under the spotlight was that its traditional cash cow, i.e., the iPhone, had witnessed marginal growth in Q1 2016 and had actually declined in Q2 this year. But apart from highlighting services, Apple has been taking steps to transform itself into a services company truly. Some of those steps we’ll discuss in this article.

Although a lot of people feel buying an iPhone is a one-time purchase, it’s a recurring activity in most countries where the iPhone is popular. In countries such as the US, the iPhone was sold along with a contract which meant users paid a fixed fee every month to their carriers and got the opportunity to upgrade to a newer iPhone version every two years free of cost. If you didn’t upgrade to a newer iPhone after two years, the loss was yours as the carrier wouldn’t reduce your monthly fee. 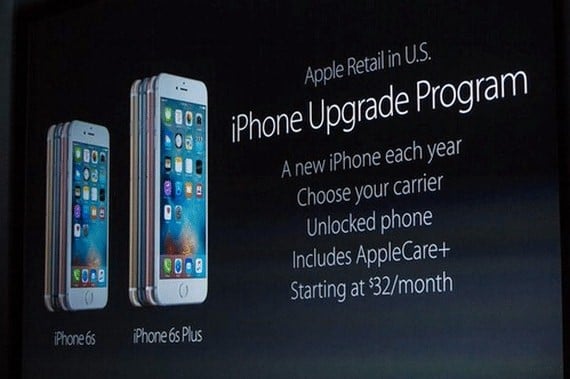 So instead of putting down $600-$700 all at once when a new iPhone came out, people just paid $50-$60 every month to their carrier and got a new iPhone every two years along with whatever data, voice, and messages the plan got them. However, with all US carriers now shifting away to an Equipment Installment Plan, an iPhone truly becomes a one-time purchase with the ability to only pay for the data packs separately once the device fee is paid off.

The shift to Equipment Installment Plan brings Apple a problem as it makes the iPhone a one-time purchase. To counter this problem, Apple brought the iPhone Upgrade Program last fall to make the iPhone a subscription just like the good old contract days. You have to pay a special monthly price depending on the model you select and the storage. Apple allows you to upgrade to a newer iPhone model every year if you turn in your old iPhone and also adds free Apple Care protection to sweeten up the deal.

How successful Apple’s iPhone upgrade program has remained unknown, but at least Apple has attempted to try and convert owning an iPhone into a service rather than a one-time purchase. It’s not difficult to see how Apple might apply the same to its other hardware products, such as the MacBook and Apple Watch. 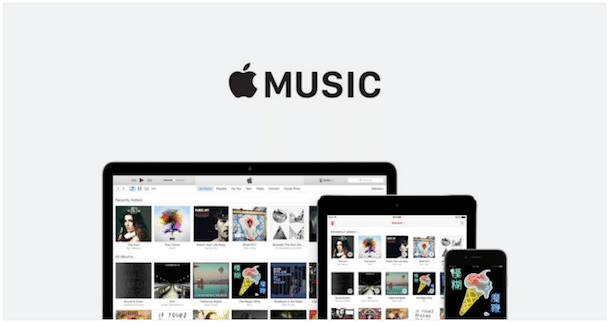 iTunes has been one of the most popular services for digital music downloads. However, just like everything else, even over here, it was a one-time purchase – people would select which music tracks or albums they like and buy them, and Apple would get a cut in the process.

App Store has always been a good source of revenue for Apple. However, to date, this has also been on a one-time purchase basis for most. People buy an app on the app store or make an in-app purchase, and Apple gets a 30% cut from it. With the newer rules, Apple would let developers keep 85% of the revenue after one year of managing to have a user subscribe to their app.

This is a boon for developers. Most developers currently don’t have effective monetization methods except for charging a price for the app upfront in-app purchases or ads. For most developers, the only reason to continue maintaining an app is to make sure they are the best in their category of apps, and when a new user buys an app, they end up paying for their app.

The previous model worked as long as iPhone sales kept increasing, as increased iPhone sales meant new users on the platform who would buy apps and would most probably select the most feature-rich app with great UI and UX. However, with both iPhone and iPad sales declining, the number of new users on the iOS platform would also gradually reduce, which means no more new users to pay for an app. Until Apple is able to have a mass exodus of Android users jump ship to iPhone, which doesn’t seem possible according to the latest Kantar report. In such a scenario, a subscription would be the best way for app developers to monetize their work.

Apart from subscriptions paving the way to a viable monetization method for developers, it would also help Apple. As I said, with sales of iPhones and iPad gradually declining, the new users on the iOS platform would also reduce, which would mean fewer people to pay for an app. In that scenario, Apple gets less revenue as its cut from App Store sales is 30%. Subscriptions in such a scenario would ensure that Apple receives a constant and recurring income stream from the App Store.

Considering Apple’s billion subscriber base, 15% of even a $10/year subscription would end up being millions of dollars of recurring revenue for Apple every month.

4. Opening up of iMessage 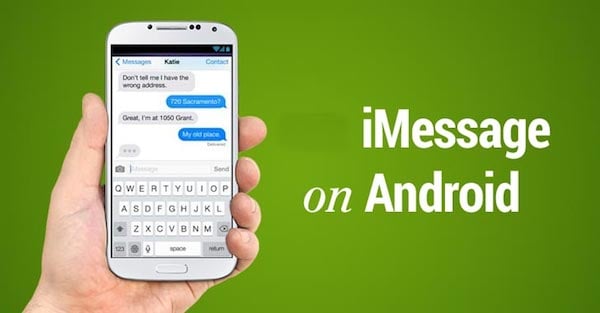 Currently, in the places where Apple dominates, like America, Europe, etc., people end up messaging each other on iMessage if both the parties are on iPhones; else, it’s a normal SMS routed through the telecom carrier if the other party is on Android or some other platform. Opening up iMessage to Android, the only alternate smartphone OS apart from iOS would make iMessages ubiquitous throughout. With a universal messaging platform comes the opportunity to build on top of it.

WeChat in China has already shown us the kind of value a chat app can create. WeChat currently commands a $7 ARPU; considering Apple’s popularity in America and Europe, this ARPU can be even higher. How successful Apple can be at this remains to be seen. Facebook has already tried its hands at bots and has received a lukewarm response till now. Apart from that, an “all-in-one” app concept is less popular in the markets where Apple dominates, except in China, where WeChat already dominates.

But if Apple can convert iMessage into a successful platform, the rewards could be enormous and act as another constant revenue stream for Apple.

As time passes by, Apple is trying its best to convert itself from a hardware manufacturer and software maker to a services company. Apple has a solid one billion base which is highly profitable. However, what remains to be seen is whether Apple can be successful at its services.

For one, the company’s culture isn’t made for services. While companies like Google and Facebook push out software and then constantly improve them, Apple nails down hardware, and only then does it ships the software. Similarly, there are no individual product teams at Apple; there’s just a VP of Hardware, VP of software, etc. There’s no VP of iPhone or VP of iPad. But with declining iPhone and iPad sales, Apple needs to pivot into becoming a successful services company sooner rather than later.

[FIXED] Unfortunately Google Play Services Has Stopped Error…
[Believe Tech or Not] The Guy Who Started the Infamous…
A Beginner’s Guide to Getting Started with Notion
7 Terrific Games Apple Just Made Ad-Free on Apple Arcade
Lenovo Legion 7i, 5Pi, and 5i are the company's latest…
Apple Watch Gets ECG in India...and it works just fine!