Third party launchers are one of the most fundamental aspects of Android’s ever growing customization landscape. Year after year, developers have tried to fabricate a unique and smarter experience for users by embedding a ton of personalization tools. However, in some cases, these applications can feel a bit challenging due to an overload of features or if you aren’t particularly used to messing around. Fortunately, there’s a new launcher in town titled “ASAP Launcher” and it focuses mainly on providing a much simpler home than most of us are accustomed to. 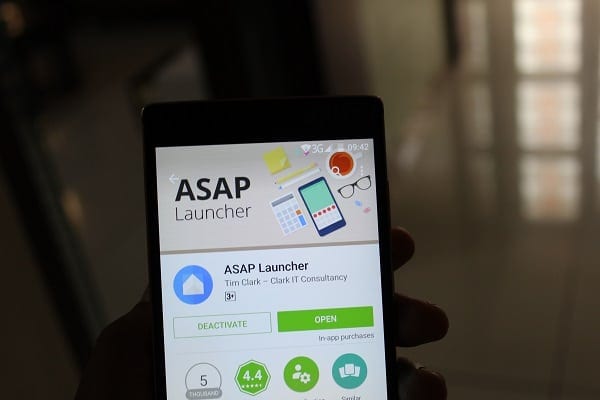 ASAP Launcher does things in a bit quirkier way – There are no widgets, wave goodbye to expandable homepages, not even folders and there aren’t even icons on the home screen itself. On the contrary, ASAP launcher tucks everything away on the edges with a quick access drawer on the left, toggles for settings on the right and an array of most used applications are accessible from the bottom dock. That’s not it, there are interactive pages for basic necessities like weather, frequent contacts, calendar entries and a todo list. On the landing screen, there’s a material-themed card on top displaying the time, date, weather, Google voice button and music controls. 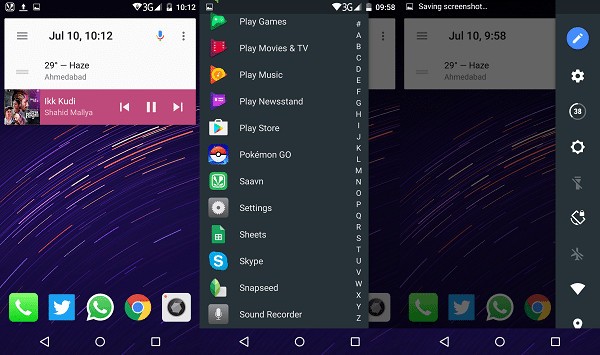 As soon as you fire up the app, a quick tutorial will teach you a little about the interface. Following that, you’ll be asked to grant notification access for those music controls. All set. Now you’ll need to get familiar with the launcher – Swiping from the left brings the vertical app drawer ( something we’ve seen previously on Action Launcher ), the quick toggles’ list can be pulled from the right and lastly, a contextually organized dock can be extended from the bottom.

You can, additionally, pin five permanent apps on the first row by dragging from the drawer. The overflow menu present on the weather widget also lets you manually type in a Google query or jump into the systems/ASAP settings. 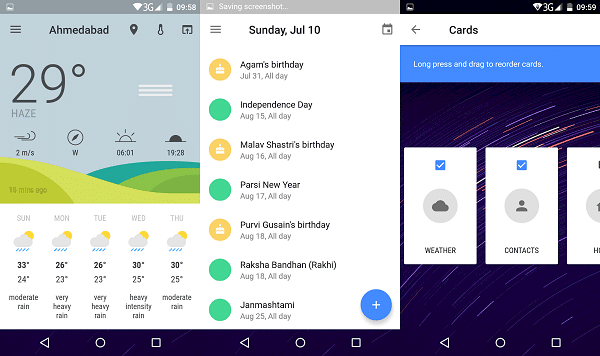 The basics are now out, time to arrange the cards. On the left, you’ll find the frequent contacts page and weather on the extreme left. You can add more contacts to the list by tapping the plus button or bring up dialer by clicking the icon on top. Moreover, recently dialled numbers can also be seen, tap the “Frequent contacts” to reveal a drop-down. Then there’s the gorgeous weather screen which also allows you to configure the location yourself or alter the metrics from the available options on top.

Moving on to the right side, you’ll be greeted with your calendar which can also be integrated with Google servers and then there’s a to-do list organized neatly based on priorities. It’s a shame that I can’t connect Wunderlist or any other third party service to it right now. These default pages can be removed or rearranged from the ASAP settings under “Cards”.

Getting Acquainted with the Dock 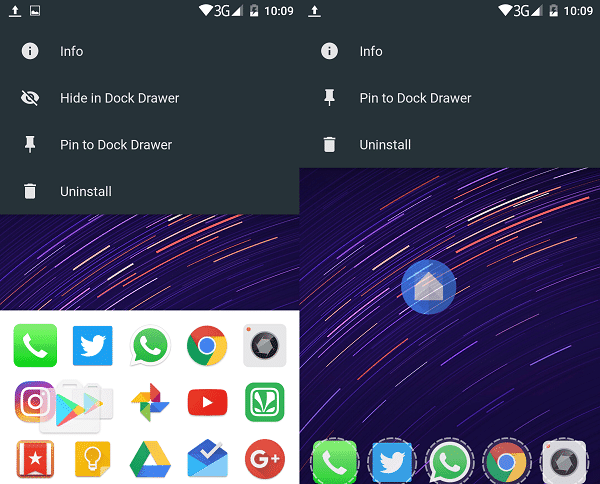 There’s no way to actually place your most used applications on the home screen when it comes to ASAP Launcher, as a result, you’ll have to construct the dock according to your needs. As mentioned earlier, ASAP will figure out eventually which apps you need the most but if needed, it can be manually reordered. You can drag and drop stuff on the first row but for the second and third, there’s an option to pin and hide applications which are accessible through a long-press menu.

That’s it for the home screen. There are, however, a bunch of assisting tunings available from the ASAP settings. You can switch themes based on the wallpaper or choose from the default schemes including dark and light combinations. If you’re unsatisfied, ASAP lets you individually set accents shades for different elements. Furthermore, you can add an icon pack, unread count badges, visibility of system bar and a couple more. Although, to use a majority of these settings, you’ll need to pay for the in-app purchases that range from $1.42 to $2.85.

To sum up, the ASAP launcher is a good-looking and minimal launcher that believes in reducing the clutter instead of increasing it. However, developers behind this will need to at least integrate third party services into the todo list as it also doesn’t allow using widgets. You should definitely give it a shot mainly because it brings a breath of fresh air in the extremely crowded launcher market.