No one in their right frame of mind would debate the fact that Reliance Jio has taken the Indian telecom market by storm. Tariffs have been falling ever since the company entered the telecom sector. In a previous article, I had detailed Reliance Jio’s game plan, which involves among various other things, having a technological lead and trying to drive out competitors.

But there is more. One of the lesser talked about things in case of Jio is the way in which regulations and rules in the Indian telecom sector have allegedly been tweaked in its favor. Telecom is a highly regulated industry. The regulatory bodies in telecom such as DoT and TRAI take decisions on various issues that directly affect the health of the industry. The rules and regulations created, destroyed or amended by these organizations can make a massive difference to the parties in the industry, and can change fortunes.

Jio’s parent company, i.e., RIL, has often been accused of getting rules and regulations worked around in its favor. And these accusations are extending to Jio too. There have been various developments in the telecom industry ever since RIL decided to buy Infotel Broadband. And as per some, not all the play has been fair.

Conversion of ISP license to UASL

The notice inviting application of the 2010 spectrum auction mentioned that operators bidding for the 2300 MHz spectrum could do so either under the genesis of an ISP license or that of a UASL (Unified Access Services license). Infotel Broadband bid under the genesis of an ISP license and had the option to later convert it into a UASL license which it did. Somewhere around March 2013, Infotel Broadband switched its ISP license to UASL license by paying a fee of around Rs 1,658 crores. There was huge controversy around the conversion as it had allegedly happened in a very covert manner. To quote from the Supreme Court order that upheld the migration of ISP to UASL license –

“A Committee of Department of Telecommunication (DoT) took the view, sometime around May 2012, that under ISP licenses, voice telephony cannot be provided. This view was reiterated by the DoT Committee once again in August, 2012. The allegation of the petitioner, however, is that on 25.01.2013 another Committee was constituted under the Chairmanship of Secretary (Telecom), though the order in this respect was issued only on 11.02.2013, to go into this issue and suggest the way forward. It is stated that Secretary (Telecom) was made Chairman of the Committee even when he was due to superannuate two months later i.e. in March, 2013. This Committee prepared its draft report on 30.01.2013 as per which the said Committee was not ready to make any recommendations on ISP (holding BWA spectrum) migration to UASL. However, still in its final report given on 13.02.2013, the Committee recommended that on payment of Rs.1,658 crores, ISP (holding BWA spectrum) could be migrated to UASL”

From the above-mentioned statement, one can interpret that although DoT had initially denied the migration of Infotel’s ISP license to UASL, a new committee was formed which was headed by the Telecom secretary just two months before his tenure was to come to an end. During this meeting, the Telecom Commission gave a green light to Infotel’s ISP to UASL license migration.

Maintaining the SUC at 1 percent

The manner in which Infotel’s ISP license was converted to UASL raised a lot of eyebrows. As soon as the license migration was done, Infotel renamed itself as Jio. However, what most people found odd was the decision to retain Jio’s spectrum usage charge at a meager 1 percent. All telecom operators have to pay a certain percentage of their Adjusted Gross Revenue or AGR as SUC (Spectrum Usage Charge). Most operators that have UASL license have their SUC between 3-5 percent. It is only for ISPs that the SUC has been fixed at 1 percent considering the low competition in the ISP sector and the huge capital investments required.

Now that Jio had (somehow) managed to convert its ISP license to UASL, most had expected the SUC to increase as well. But to everyone’s surprise, the Government decided that Jio’s SUC would remain at 1 percent. The reason given by DoT to let Jio’s SUC remain unchanged was that in order to revise the SUC, it would have had to amend the NIA of the 2010 spectrum auction which could end up being illegal. Never mind that the way in which Jio’s/Infotel’s ISP license was migrated to UASL was in itself quite dubious in the opinion of some experts.

IUC stands for Interconnect Usage Charge. It is the amount paid by the operator from where the call originates to the operator where the call terminates. At present level, IUC is around 14 paise/minute. IUC is very important for incumbent telecom operators such as Airtel, because, by virtue of their larger subscriber base, they are a net receiver of IUC charges. TRAI has repeatedly been mulling reducing IUC charges to zero which would be a big blow to incumbent telecom operators as it would take away a crucial source of revenue from them. However, the one company that stands to benefit the most from IUC charges being revised to zero is Jio. Considering that Jio has vowed never to explicitly charge for voice calls, IUC charges being reduced to zero would give a great boost to its margins. 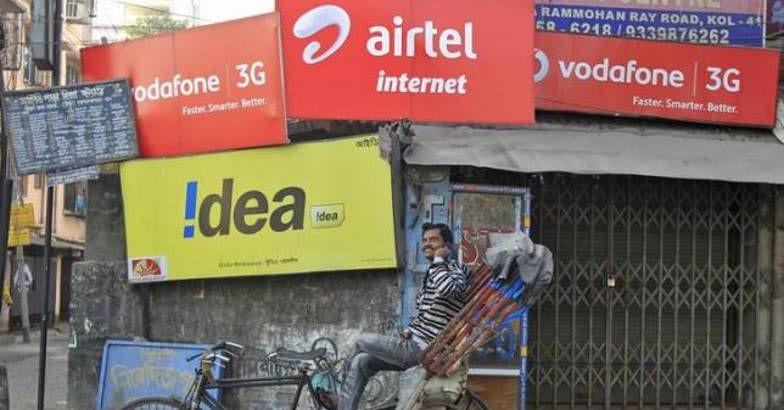 TRAI maintains that the reason it is looking at revising IUC charges is to help BSNL launch an app that would allow people to make calls through their landlines but that reason seems lame to many people. According to them, BSNL has more pressing issues such as crumbling network quality that need more attention than an app.

Changes to the way plans work

I have in the past explained the dubious way in which Jio’s Summer Surprise Offer was revoked. TRAI did not take any action against Jio’s Welcome Offer and Jio’s Happy New Year Offer that extended for months altogether from September 5, 2016 to March 31, 2017. However, TRAI arbitrarily canceled Jio’s Summer Surprise Offer just a week before it was scheduled to end. The cancellation worked more in favor of Jio as it was able to push people into recharging with Rs 99 and Rs 303 packs for days together, citing that the plan had been canceled by TRAI. Within a few days, Jio unveiled new plans under the Jio Dhan Dhana Dhan offer, which were more or less identical to the canceled Summer Surprise Offer with a difference of few rupees.

If operators are forced to maintain only one tariff plan for all, then maintaining a low tariff plan would hit the ARPU while maintaining a high tariff plan risks losing subscribers. Again, the only company that seems to benefit in all of this is Jio, who is not really interested in monetization at this point of time and has largely completed its 4G network build-out.

The murky waters of Indian telecom

It is not just about Jio. Indian telecom has a rather murky record when it comes to rules and regulations, but in the case of Jio, many are alleging that far too many things have fallen into place all too conveniently. Of course, Jio can argue that all the points that have been mentioned in this article are something that is fair to all and does not necessarily benefit it alone. But experts point out that the trick is that the way in which most of these rules and regulations have been framed or written leaves a lot of ambiguity and space for personal interpretation.

It is like a half-filled glass; one could see it as half empty or half-full and both would be right. Jio is unlikely to be fazed by such thoughts – it is too busy drinking the water!

Was this article helpful?
YesNo
TechPP is supported by our audience. We may earn affiliate commissions from buying links on this site.
Read Next
How to Buy JioPhone Next: Complete Guide and FAQ
#analysis #Indian Telecom #Reliance Jio