It seems like, of late, every company is trying to dislodge that clunky thing sitting on your lap consistently for the past several years by coming up with a series of new variations of it. Convertibles that should belong in a gymnastic museum, hybrids that have way too many forms for a single machine, tablets with keyboards which are too hard to setup, extensions that turn your phone into half-baked computers. Yes, I am, in a lot many ways, exaggerating here, but the point is manufacturers are experimenting with just about anything to induce the next big wave of gadgets that will supposedly make your laptop obsolete. 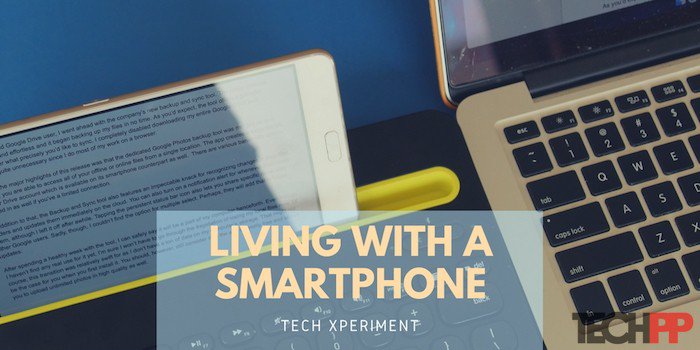 But if there is one thing these efforts have proven is that people have become incredibly comfortable with their laptop over these years, and they are not easily willing to adopt another era of products just yet. So, if companies do want to replace it, they’ll have to find something which is already a part of customers’ lifestyle. The most obvious answer to this conundrum is the slab of a screen that sits in your pocket every day – the smartphone.

The line between a laptop and a smartphone has blurred so competently that the transition almost killed the tablet, a product which was originally designed to fill that void. While there’s still a lot of work the smartphones need before they evolve enough to replace your computer, they have progressed a lot in the last couple of years. Critics and analysts undoubtedly have talked about this idea about a lot in the past, but I was curious to test it out myself and see how far the notion is from reality now. Therefore, as an experiment, I tried to live with just my smartphone and here’s what I found.

The most critical deficiency a smartphone has when compared to a computer is apparent at first glance – the lack of hardware. It’s all screen, for starters which means you don’t have the trusty ol’ pair of a keyboard and trackpad. Plus, the display size in comparison is quite inconvenient as well if you’re planning to work with, for instance, spreadsheets. To overcome that specific hurdle, I used Asus’ humongous Zenfone 3 Ultra which comes with a 6.8-inch panel up front. For the rest of the hardware shortcomings, your options are quite limited. You can either settle with touch input which you probably wouldn’t or shed a few extra bucks for a Bluetooth keyboard. I, for obvious reasons, went for the latter.

More specifically, the Logitech K480. It’s tactile, comes with an array of shortcut keys for quick navigation and doesn’t compromise the keys’ quality for portability. As a result, it is a bit on the heavier side but not so much that you will think twice before throwing it in your backpack before leaving for a trip. In addition to that, above the keys, there’s a shallow row section where you can comfortably situate your device. Another significant factor behind buying this particular keyboard is that it doesn’t feel incapable when put against the one present on my laptop. The bottom line is, I didn’t for once missed the keyboard I am accustomed to. 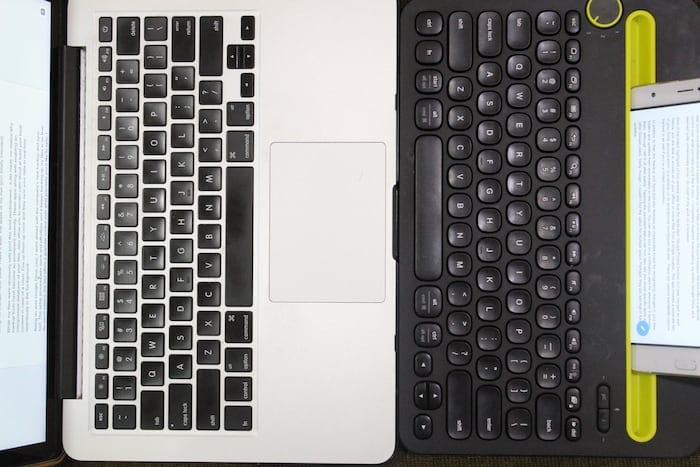 The next essential aspect of any laptop is its trackpad. Unfortunately, there are no convenient mobile counterparts for that. Although, you can use the “tab” key on the keyboard for navigating around, “alt+tab” for switching apps and so on. Tapping the screen is still, of course, the quicker way here for getting anything done. You could also invest in a stylus for better accuracy while editing intricate elements.

Lastly, for data, I mostly relied on cloud services. But if you’re someone who doesn’t have a persistent connection, you can buy an SD card if your phone is compatible or Sandisk’s Dual OTG flash drives which are available for both Android and iOS. The majority of phones today already offer a higher storage variant. Hence, you will mostly be fine unless you save a ton of videos offline.

There are three areas, though, where the phone outpaces the laptop – battery, connectivity, and the price. Most handsets out there can easily last for more than ten hours and on top of that, charging speeds are significantly quicker than an average computer. Second, a budget smartphone that costs roughly $250-300 can meet the majority of your demands, unlike a laptop for which you will at least spend $500. Smartphones also benefit from a vibrant networking ecosystem allowing you to stay connected even without WiFi.

Now, let’s talk about the other prominent half of any technology product – the software. Here, your smartphone becomes substantially inferior in two ways, applications and multitasking. On iOS primarily, you currently cannot run multiple apps side-by-side which is quite disappointing considering what Apple has done on iOS 11 for iPads.

The situation is significantly better on Android, though. Along with having native support for multi-window apps, you can find a ton of apps on the Play Store that allows you to switch between applications more efficiently. You can, for example, pin an always-accessible dock for your favorite applications, enable tiny floating windows of utilities such as a calculator, video player and more. 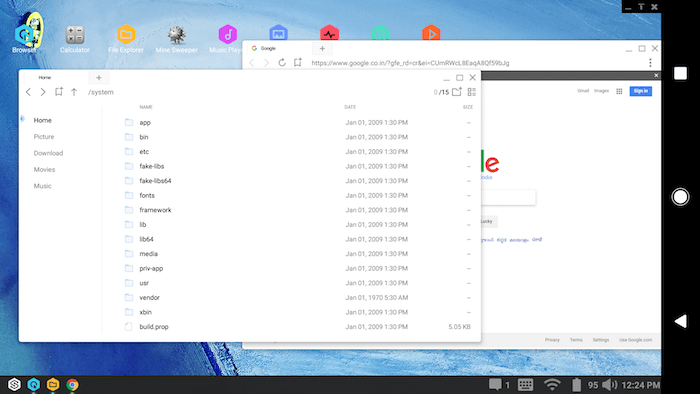 Moreover, there are launchers which bring a desktop-like interface and a few standalone apps to your home screen. Pair that with a Bluetooth keyboard and a Chromecast and you have got yourself a partially usable computer experience. If you are someone whose life revolves mostly around spreadsheets and presentations, this can indeed work out. Of course, this sounds like a hassle when compared to just pressing the power button on a laptop. But we are merely trying to evaluate whether it is at all possible for a phone to even remotely achieve that ease of use.

Entertainment is another area where your smartphone might not be enough. However, there are great alternatives available for this, fortunately. Streaming devices like the Chromecast or the Amazon Fire Stick will be sufficient for the majority of users. But instead, I decided to give Motorola’s Insta-Share Projector Moto Mod a shot as well. 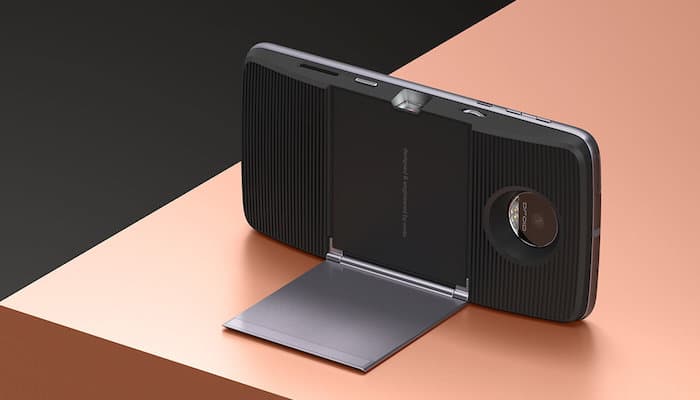 The accessory can be directly attached to any phone that belongs to the company’s Z series and lets you project your phone’s screen on the wall or any other surface. It does, like any other projector, requires a darker room but the quality is stupendous when the setting is right. While it is on the pricier side of the market, it does represent how aggressively companies are attempting to make your smartphone the ultimate device.

Speaking of “the ultimate device,” it’s time we talk about the so-called “continuum” feature a couple of OEMs have added to their mobile operating systems. The most recent example of this is Samsung DeX. The concept is quite straightforward if you are unaware – you connect your smartphone, keyboard, mouse and a monitor to a dock and voila! You have a complete desktop OS that is powered by a tiny handheld. It sounds like a promising venture, however, if people wanted to be stuck to a desk, they would rather just power up their computers and have a better environment to work with.

One part of my life revolves around text editors, and as you would have guessed, a smartphone along with a keyboard can satisfactory fulfill that task. But the other part of my regime also demands extensive engineering tools which cannot be employed on the phone. For entertainment, there are obviously an endless number of apps you can look into. Gaming aficionados can make use of an external handheld controller if touch screens aren’t particularly helpful in elevating your high score to the top. Photo and video editing tools have improved drastically as well with options such as Adobe Lightroom, Snapseed, Quik, and more.

The Smartphone is the one which will “Eventually” Kill the Laptop

Therefore, like every other gadget trying to replace your laptop, a smartphone can as well do almost 70% of the tasks. But that 30% doesn’t serve a whole lot of people either and if you are someone who has to only deal with documents and emails on a regular basis, a smartphone, more or less, should suffice. Smartphones, in their existing state, absolutely cannot achieve the productivity level you get on a full-scale laptop, yet. But considering how versatile they have become now, I won’t be surprised if, in a few years, that is the only device I will be using.

Was this article helpful?
YesNo
TechPP is supported by our audience. We may earn affiliate commissions from buying links on this site.
Read Next
Dear Brands, can we have phone prices without asterisks please?
#Lifestyle #smartphone #Tech Xperiment #Technology