It has been one of the most competitive segments of the Indian smartphone market. And Samsung has been literally throwing all its formidable might at this segment in recent times. We are talking of the mid-segment of the smartphone market, a zone which has been dominated by the likes of Xiaomi, Nokia and Realme but which has this year seen Samsung target it with its new M series and A series of devices. But while most devices in these two series have been below or around the Rs 15,000 mark, the Galaxy A50 is slightly more ambitious. At a starting price of Rs 19,990, it actually gets into the zone of the budget flagships, offering an alternative to the likes of the Poco F1, which has been a major player in this segment. One heck of an ambition. 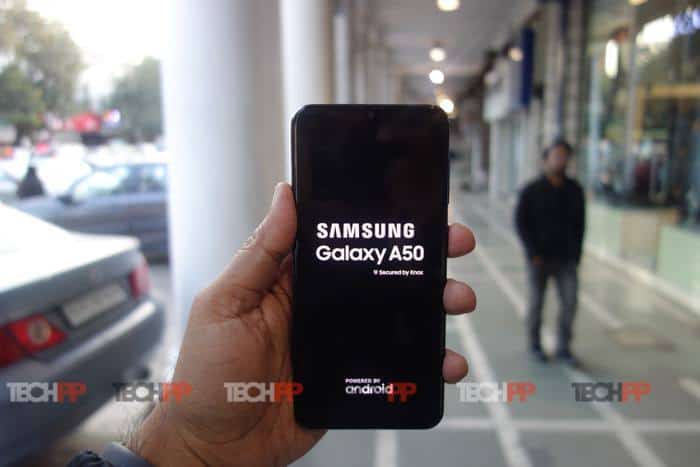 And to give Samsung credit, the Korean brand has not really cut too many corners in this regard. As we pointed out in our first cut of the product, the A50 cannot be called a lightweight in any department by any stretch of the imagination. Right from the 6.4-inch full HD+ Super AMOLED display to the Exynos 9610 processor (just a notch below the ones seen on the flagship S series) backed with 4 GB and 6 GB of RAM to the under display fingerprint scanner to the massive 4000 mAh battery to the triple camera set up on the back, which in itself is beautifully crafted and reflects light in different patterns, in spite of being carbonate rather than glass, the Galaxy A50 radiates a level of class that is a clear cut above most of its mid-segment counterparts. This is one phone that is going for the fish that swim between the mid-segment and the premium ones – the likes of the Poco F1, the Asus Zenfone 5Z, the Nokia 8.1, the Oppo F11 Pro and a few others. 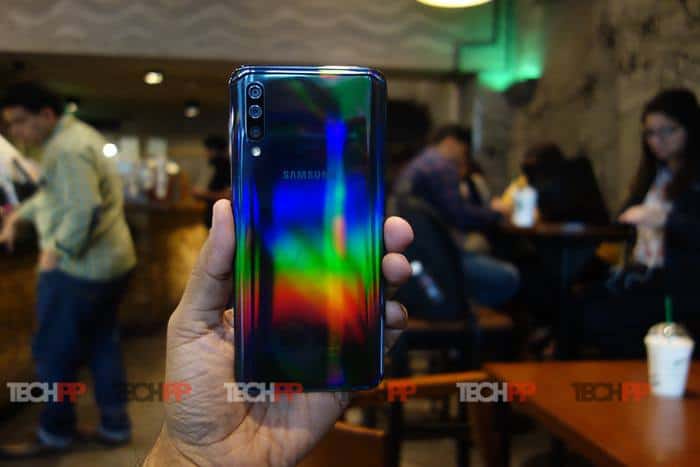 The big question is: does it do so?

The answer depends on what you are seeking. The phone is reasonably attractive with that color morphing back (and we still do not think that carbonate ahead of glass or metal is a deal breaker), and it is wonderful to see Samsung finally bringing its display wizardry to more affordable price points. The 6.4-inch full HD+ Infinity-U display with a drop notch has relatively slim bezels, although some would find its chin to be a little on the larger side, and for us, it remains the biggest reason to go for a Samsung device ahead of anything the competition offers at this price point. There will be those will frown and say that the colors are unrealistic and oversaturated, but no one in their right mind can argue against a display that makes viewing content such joy – and it is quite bright as well, bright enough to be reasonably visible even in bright sunlight.

And if the display is the star of the A50 show, the Exynos 9610 processor is not too far behind. We were able to play PUBG and the Asphalt series at maxed out settings which is an utter rarity at this price point. Yes, the phone did show a slight sign of heating up when put under pressure, but nothing that was remotely alarming. It also flew through multi-tasking, running multiple apps with a degree of ease. The Poco F1 might have boasting rights with its Snapdragon 845 chip, but the 9610 does put in a very good performance, and we think it definitely backs the claims of those pundits who rate it above the Snapdragon 710 and even the newer 675. Gamers will not be disappointed with the experience served up on that display and that processor. Samsung’s having moved to the sleeker, faster One UI from the more bloated Experience UI (which is still used in the M series) could be a prime factor here as well. All said and done, the A50 flies through general tasks and even handles heavy duty ones well – solid budget flagship territory. 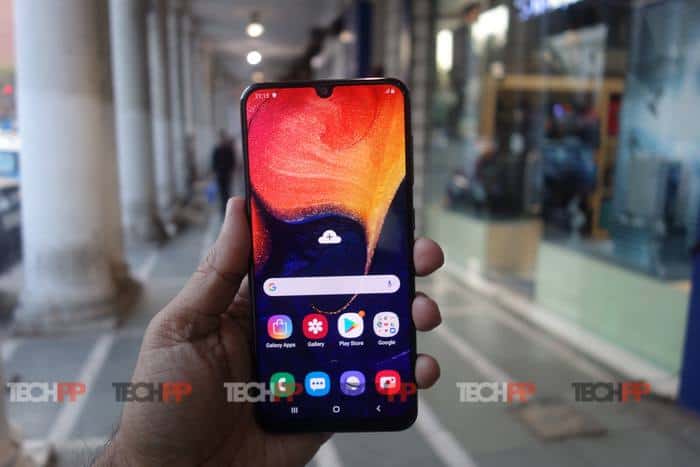 But if the A50 slays the competition in the display department and more than matches it in the processor one, it does not quite sizzle as much in other fields. The jury is still out on in-display fingerprint scanners – yes, they do look snazzy, but their being discernibly slower than their conventional counterparts can be a bit of an annoyance, and the one on the A50 is reasonably consistent but is not the fastest we have seen. That feeling of “pretty good but not great” also permeates the battery life of the A50. Once again, on paper, the 4000 mAh battery seems a great proposition, but if you end up using the device heavily, you will get through a day of usage, which is slightly below what we have got from other devices with similar battery sizes. Samsung deserves credit for adding fast charging and a 15W charger to the mix but we honestly expected more – we could make the Poco F1 last for close to two days on a single charge, for instance. 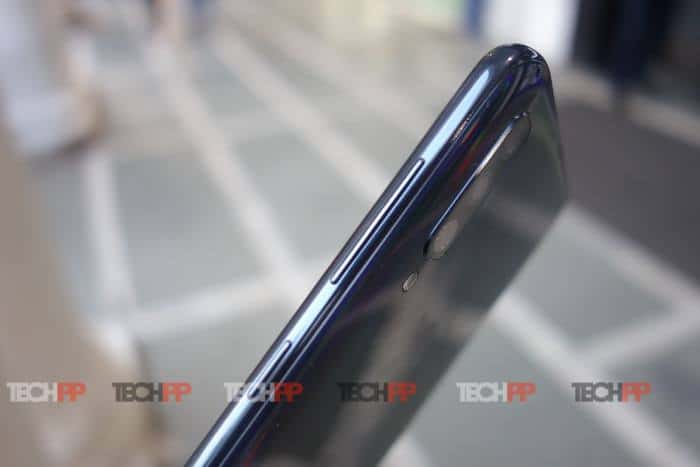 The case of the cameras is a curious one. On paper, the A50 packs in enough to give the competition a real run for its money – a 25-megapixel main sensor (with a large f/1.7 aperture), an 8-megapixel ultrawide (123-degree) camera and a 5-megapixel depth sensor. And well, there are times when it delivers stunning results, especially in landscape shots where that ultrawide lens really shines. We also got some brilliant portraits and low light performance was also exceptional for this price point. The problem, however, was a lack of consistency – snaps taken a few seconds apart would turn out looking rather different in terms of color. Similarly, there were times when Live Focus would get the edges of the subject totally right, and on others, it would blur out chunks of the subject. The 25-megapixel front camera does tend to brighten skin irrespective of the beauty setting you choose but picks up points for its handling of detail, although low light photography is not its forte. If you are patient, you can get some photography and video magic out of this one, but we can see users of the Xiaomi Mi A2, the Redmi Note 7 Pro and heck, even Samsung’s own Galaxy M30 not getting overly impressed.

(Click here for Full resolution version of the below images) 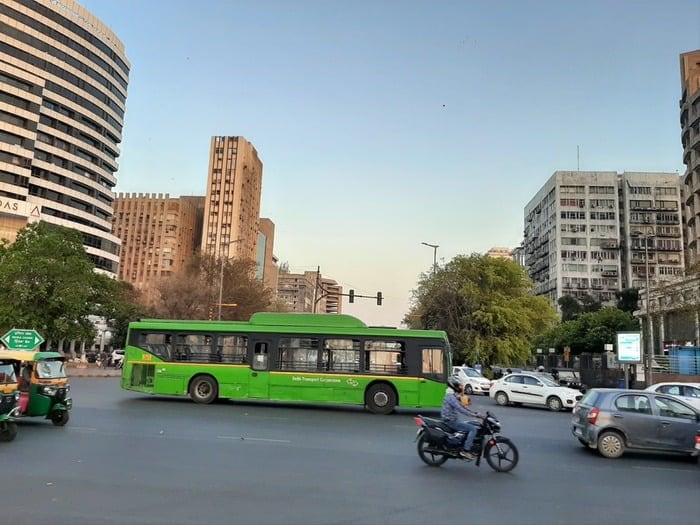 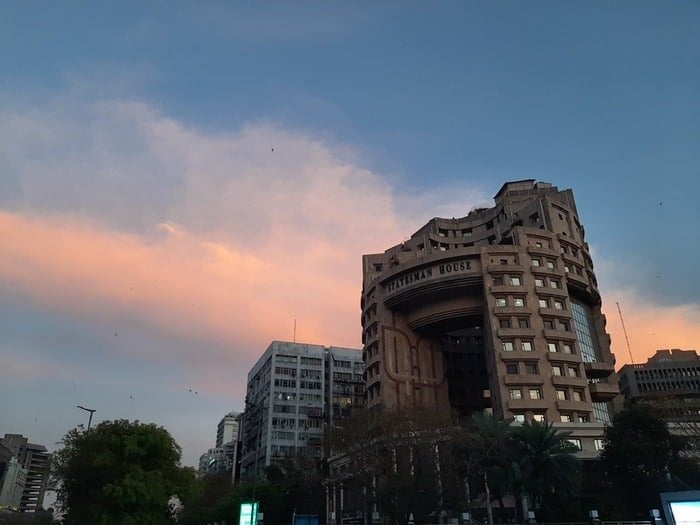 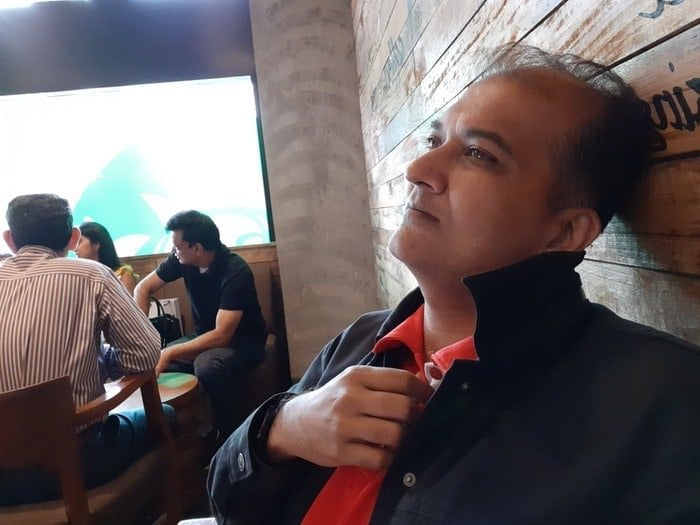 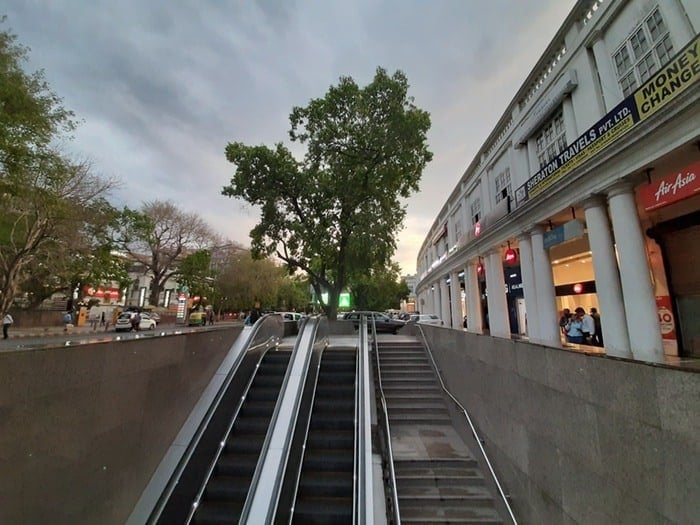 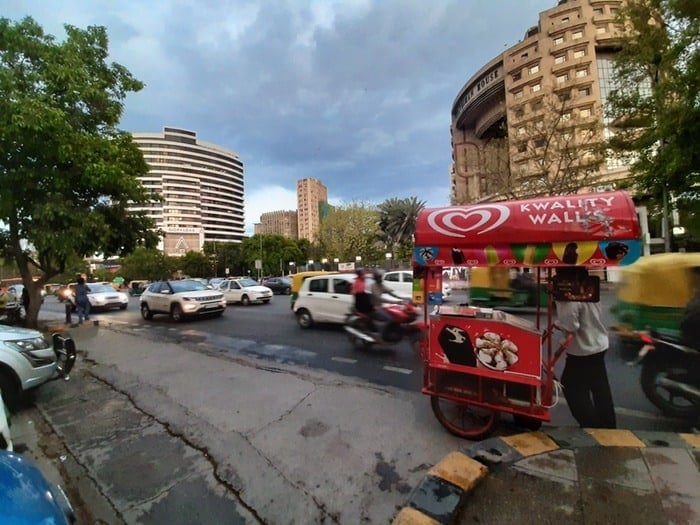 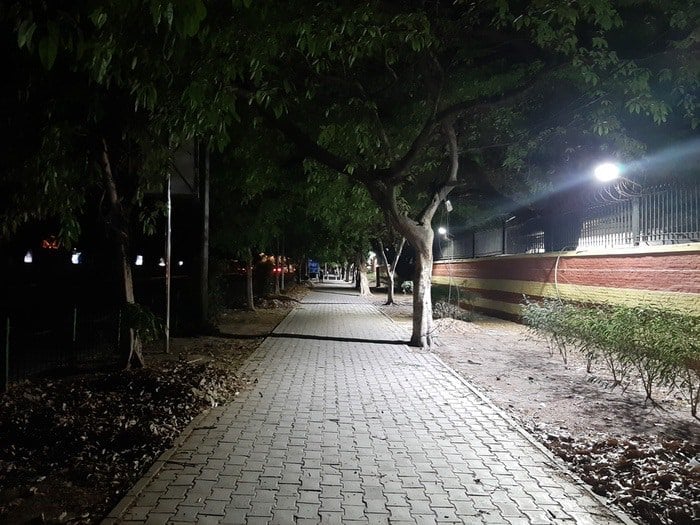 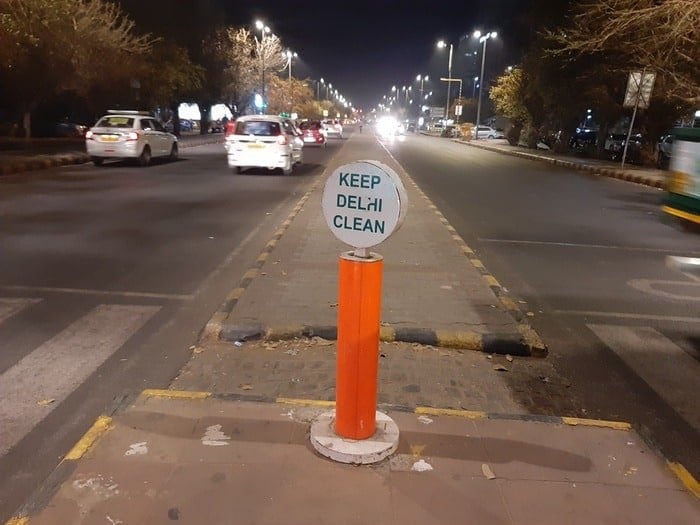 In terms of sound and connectivity too, the A50 does a good, rather than exceptional job. Sound quality over earphones is very good but is a little tinny over the speaker – we would advocate using the 3.5 mm audio jack if you are big about audio quality. Call quality is decent, but is unlikely to worry the likes of Huawei and Nokia, who still call the shots in that department. Like most mid to high segment smartphones, the A50 comes with 4G, Bluetooth, Wi-Fi and GPS, and also has a USB Type-C port. 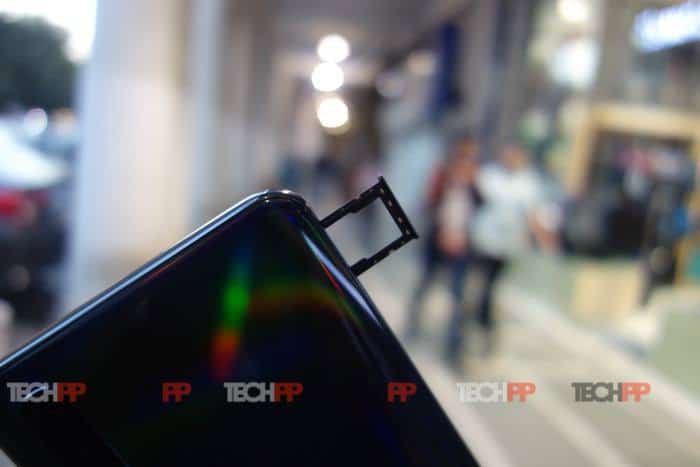 So where does that leave the Galaxy A50? Well, as we said at the very beginning, considering that it starts at Rs 19,990 for the 4 GB/ 64 GB option (the 6 GB/64 GB one will set you back by Rs 22,990), its major rival is expected to the Poco F1, and while that phone might have boasting rights when it comes to processors (thanks to its Qualcomm Snapdragon 845), the A50 more than matches it in other regards. The display and design are very good, and while the camera is prone to the sin of inconsistency, and the battery might not last as long as some would expect from its numbers, what cannot be denied is that the Galaxy A50 is perhaps one of Samsung’s best efforts in the budget flagship segment.

Best ANC below Rs 10k? JBL takes 67 percent off its ANC…
The budget flagship is dead, long live the new budget…
[Face-Off] OnePlus 9RT vs Xiaomi 11T Pro: The budget…
Stuffcool WC 630 Review: Charging Off the Mat...and Off the…
Xiaomi Mi A3 vs Realme 5: Android One champ takes on a…
Xiaomi takes back numbers, Apple moves up to number six in…