Google TV is the newest software experience for smart TVs and set-top boxes from Google, expected to replace Android TV by 2022. As a successor to Android TV, Google TV inherits the best parts from Android TV and combines them with several improvements to extend its capabilities that allow for a more seamless user experience and better content discovery on the platform.

However, ever since its announcement at the Pixel 5 announcement last year, Google TV’s introduction seems to have caused a lot of stir (and also appears to be creating some confusion) around its existence with Android TV.

If you, too, are wondering what happens to Android TV moving forward, here’s a breakdown of all that’s changed with Google TV and the differences between Android TV and Google TV. 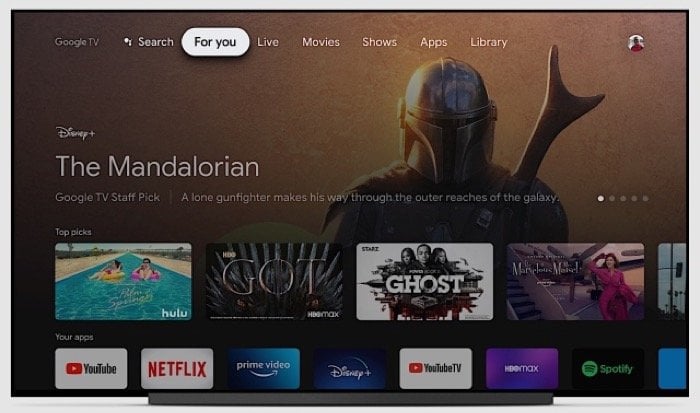 What Is Google TV?

Google TV is an emerging operating system experience for TVs and set-top boxes running Android. While it comes as a successor to Android TV, it’s important to note that it isn’t an operating system in itself but rather a new UI with numerous changes, which improves usability and onboard content discovery.

What this means is that Google TV still runs Android at its core but improves upon Android TV’s shortcomings by introducing features such as live TV, mobile remote, smart home integration, and a dedicated Google TV app, among others, to elevate the streaming experience on smart TVs, set-top boxes, and streaming devices (streaming boxes and streaming stick).

What Prompted the Need for Google TV?

Android TV has been accepted as the middleware of choice by a range of television OEMs ever since 2014. When stacked against some of the popular streaming platforms like Fire TV and Roku, however, it always lacked the recommendation and content browsing and discovery functionality offered by its competitors.

As a result, its popularity began to decline in recent years as users started moving to other subscription services. And even though Google did manage to popularize Google Chromecast during this time, in an ocean of overflowing content from various streaming platforms, the lack of better content discovery and personalized recommendations onboard compromised the overall experience. 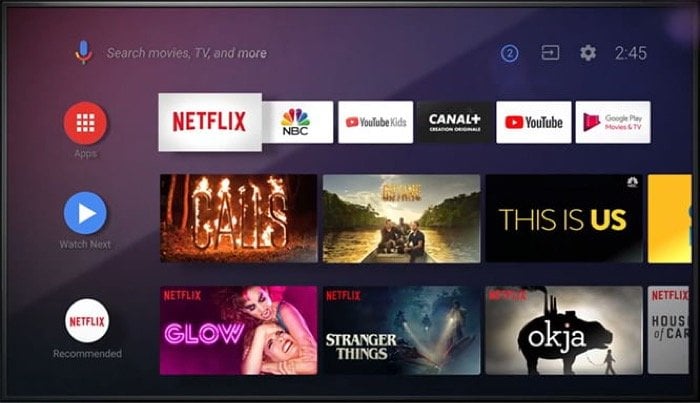 This lack of personalized recommendations and content discovery prompted Google to introduce a new entertainment experience in 2020. And the all-new Google TV does exactly that with its sleek new design and plenty of features.

How Is Google TV Different From Android TV?

Google TV places heavy emphasis on personalized content and tailored recommendations. It brings together all the content: TV shows, movies, and live TV, from all your different favorite subscription platforms and organizes them categorically in one place.

To achieve this, Google says it has improved the Knowledge Graph to leverage its data effectively—in combination with machine learning—for improving content organization and offering more content suggestions to users on the device. For the uninitiated, Knowledge Base comprises a plethora of information gathered from various sources that Google uses for its services to enhance or improve them. 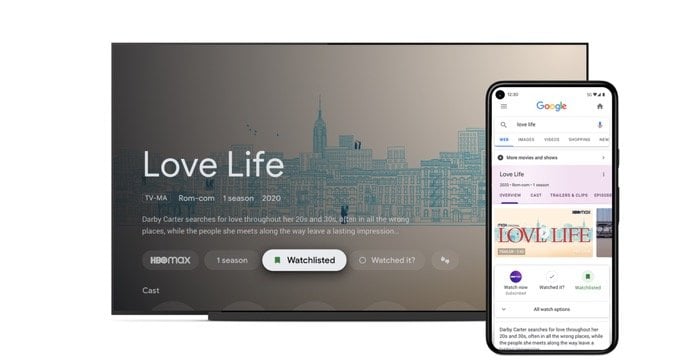 Are Android TV and Google TV the Same?

No, Android TV and Google TV aren’t the same. Android TV is an operating system, whereas Google TV is a UI built on top of Android TV that provides a more content focussed user experience on Android TV devices. Besides that, Google TV also brings along several new features—as mentioned earlier in the post—otherwise missing on Android TV.

Does Stadia Work on Google TV?

Yes, being a Google product, Stadia does work on Google TV. However, what kinds of games you can play might vary from device hardware.

What Apps Work With Google TV?

Since Google TV essentially runs Android TV underneath, you can run pretty much any app that you could run on Android TV. It’s worth noting, however, that the recommendation functionality might not work the same way across all of them.

Following is a list of some of the popular apps that you can use with Google TV:
Amazon Prime Video

Is Google TV Available Only for Google Products?

At the time of its announcement, Google TV was limited to the new Chromecast with Google TV, and Google said it would bring the Google TV experience to more devices in the Android TV ecosystem soon—including those made by third-party OEM partners like Sony.

Earlier this year, Sony corroborated the same and soon announced its latest Bravia XR range of TVs powered by Google TV. Tagging along, TCL also brought their Google TV-powered televisions to the market some time back, and so did a few other TV and streaming device manufacturers.

Following is a list of devices that come with/will get Google TV:

Was this article helpful?
YesNo
TechPP is supported by our audience. We may earn affiliate commissions from buying links on this site.
Read Next
How to Split Screen on Chromebook [3 Easy Ways]
#Android TV #comparison #google #google tv