Different brands have taken different approaches to their AndroidUI. Some like Xiaomi and Vivo like to keep their skins feature-rich and very different from stock Android. Then there are the lines of OnePlus that try to broadly retain the stock Android aesthetic while making a few tweaks of its own. And then there are those brands that try to keep a clean look and try pack in features. Samsung has been the frontrunner in this category with its OneUI, and many suspect that OnePlus is trying to take a page out of its book. And now Oppo has joined the fray with its latest version – ColorOS 11. 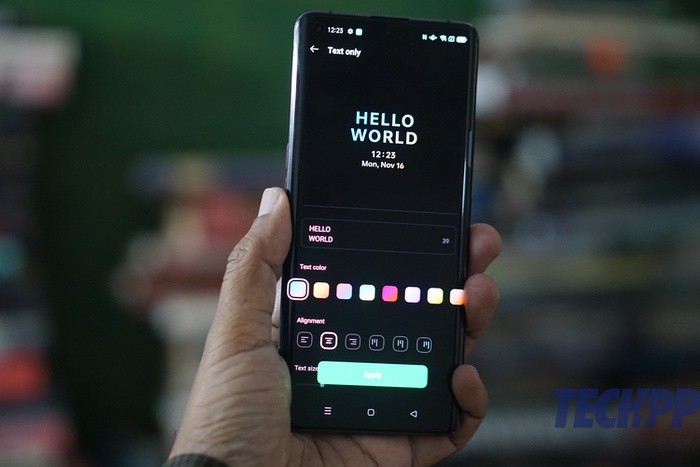 Getting rid of the clutter

Just like Samsung’s TouchWiz, Oppo’s ColorOS was a cluttered, if feature-heavy, UI. Yes, some people liked the multiplicity of options, but many others found it simply overwhelming and some others felt that it had way too much bloatware onboard. Well, that changes with ColorOS 11 which is built on top of Android 11. However, we think Oppo’s efforts in Color OS 11 are closer to Xiaomi’s in MIUI 12 than to Samsung’s One UI – the interface tries to deliver a clean experience but while retaining a very distinct identity of its own, complete with its own tools and apps.

We have been using the new OS on the Oppo Reno Find X2 for about a month now, and well, it is safe to say we are impressed. Yes, it does need to be factored in that our unit is a top-end device with a Snapdragon 865 chip and 12 GB RAM, but if we were to compare its performance with other UIs on similar high-end devices, well, Color OS 11 holds its own comfortably against them all.

And it does so in a very nuanced manner. In terms of a simple glance, there is nothing that distinguishes ColorOS from others, but that applies now to just about every Android overlay – the days when you could tell a device by simply looking at its homescreen (remember those HTC Sense and Samsung TouchWiz screens) are long gone. However, scratch beneath that familiar surface, and the changes become evident. 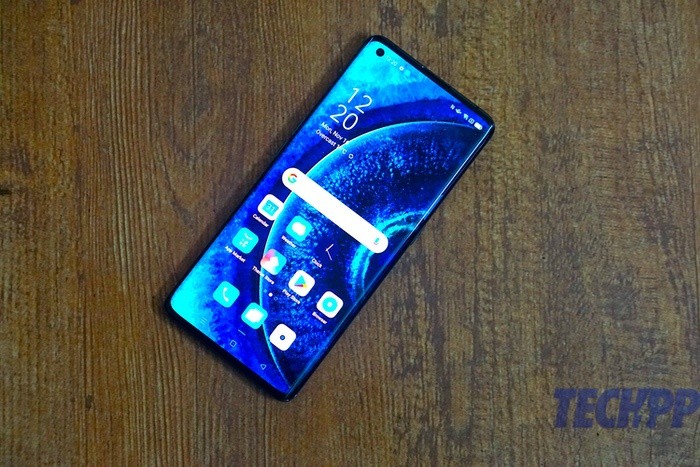 This becomes evident from the always-on display, which itself can be customized in a number of ways, allowing you to let your device’s display be either minimalistic or extravagant. You can even create your own designs – no we are not the types, but we like having the option, really (being able to add your images would be a nice touch). Unlock the phone and you see the wallpaper, and there’s another tweak waiting here – you can create a wallpaper that has been generated based on the colors and textures of images that you have taken. It is a nice touch, but does not always seem to work – we seemed to get very similar suggestions, no matter which image we selected. The idea needs some work but is definitely a move in the right direction.

What does not need as much work, however, is Dark Mode. ColorOS comes with three dark mode settings: enhanced, medium, and gentle, all of which change the level of darkness you end up encountering. A nice touch and we hope one others will pick up – even black can have shades. There are also tweaks to notifications and fonts and yes, you can change the icons of different apps too. The efforts to make one-handed use continue – you can swipe diagonally upwards from the right or left edges to bring the apps into one accessible area, something which we had seen earlier as well, but which remains as useful as ever. Those wishing for more controls would do well to pay a visit to the Personalisations area in Settings. We do wish it had been a little more organized, to be honest, as there is a fair bit of scrolling and selecting to do to discover everything. And there are a number of customizations out there.

Best of all? It works, it works smoothly 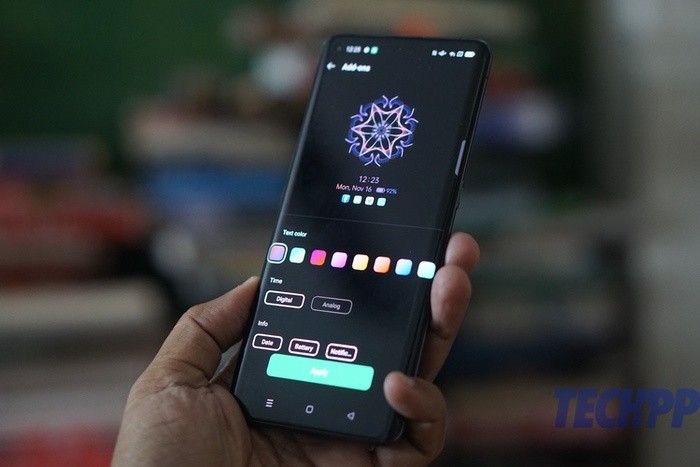 There are also a number of tweaks below the surface, such as an improved Relax Mode and a new Gaming Mode. Battery performance and overall performance have also been tweaked – and a very handy touch is the option to send messages to your close contacts when your phone’s battery drops below 15 percent, and you can add your location, for good measure.

The best part of all this is that it actually flows together quite magnificently and very smoothly indeed. It is not as if Oppo has cut out its own apps from ColorOS. No, they are there, but accessing them is easy and they do not get in the way, which is what really counts in any interface. Actually, we would say that is the most distinct part of ColorOS 11 – the fact that it works very seamlessly, with hardly any bumps in the experience. Oppo attributes this to better RAM management which improves the response rate, but what really counts is that it works. Once again, we would like to stress that our experience was on a high-end device.

It might not be as clean as Oxygen OS or as feature-laden as MIUI, but ColorOS 11 is so far, very good indeed. And right up there with the best in terms of ease of use and smoothness of operation. Oppo can now claim to be comfortable in its own skin. Android skin.

Was this article helpful?
YesNo
TechPP is supported by our audience. We may earn affiliate commissions from buying links on this site.
Read Next
Oppo Enco X2 Review: More Than a Match for the Competition
#ColorOS #ColorOS 11 #oppo