Leaving Your Laptop Plugged in Harms its Battery?

There has always been a tight controversy between keeping a laptop packed with the battery plugged-in at all times, or not. Many have wondered if this overcharging process, if we are allowed to call it so, may reduce the battery life over the years or, even damage the product in some way. As a laptop owner myself, I had troubles choosing a side but, after a long search on the web, I have gathered all the results I have found under the same roof and today, I’m about to make them public.

Taking a deep plunge into the mystery which has wrapped many laptop users in darkness, by not knowing whether they should keep their device plugged-in with/without a battery or simply use it as a smartphone, and charge it whenever the energy is depleted, we set ourselves to present the most relevant motives of each side, while helping you take a decision, by yourself. 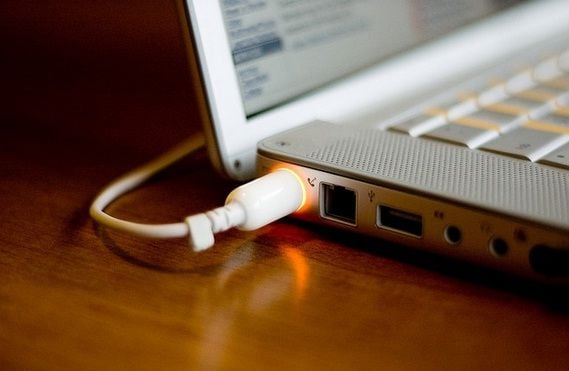 How should a laptop battery be used

Although highly unlikely, you may not be aware of the damages brought over the years to a plain old laptop battery. In some cases, depending on the manufacturer of the battery and even of the one that assembled the laptop, a brand new shiny product which was guaranteed to supply between two and three hours of juice on a regular charge can degrade very fast. We have heard cases when laptops, mostly from Dell, had a battery so bad that after a year, the user could only squeeze around 5 minutes of life – meaning that he would have to use a power outlet at all times.

Besides on the pure use of a battery, there are also other factors which influence the long-life of this product, like the laptop’s own settings. If the manufacturer was so kind to include power saving modes or settings to stop the battery from charging when it’s above 93%, let’s say, then you are in luck. If not, here’s a tale of the most known theories and how you must react:

Just like we’ve explained in a previous article – Why has iPhone’s battery life remained the same – every battery has a life cycle. Thus, if your iPhone can last for, say, 400+ recharge cycles, then obviously, your tablet’s or laptop’s battery will also have a similar thing. Here’s another explanation:

You shouldn’t technically leave your laptop plugged in all the time, but you certainly don’t need to deep-cycle it a few times a week. Furthermore, the recommendation for monthly battery usage isn’t just for capacity preservation: it’s mostly so the charge indicator can maintain accuracy as the battery’s capacity decreases naturally over its lifespan.

Therefore, when you buy a laptop, don’t just look at how many hours its battery can last, but also check how many cycles it actually has. Remember, a cycle is from 100% fully charged to completely depleted. A moderate use, it seems, will make your battery degrade by 30% during a year and the battery should “live” for about 350 charging cycles. But, this is just a ballpark figure.

Should the battery be kept inside the laptop or not?

Indeed, that is the question. After acknowledging all the advices presented above, the short conclusion is that you should definitely keep the laptop battery plugged at most times. This will ensure that the product is exercised and because many laptops have a stop-charge function, which protects the product from overcharging (when the level reaches 90%, the power will be switched from charging the battery to supplying the laptop, and the charging process will stop) the battery will be kept safe. While the battery is inside the laptop, the following things will happen though:

Although these two disadvantages cannot be overlooked, they usually damage the battery less than in cases where the product is not used. I have been using this tactic in the past four years and it has not failed me yet. Moreover, it protected me when power outages occurred. How about you? Do you keep your laptop battery at all times?

How to Check Battery Health on Android
Read Next
Photo Credits: sparechangemedia