Fitness Freak? Here are the Best Smartphones You can Buy

While in the past fitness used to be defined as the condition of being healthy or fit, nowadays the same term refers to the physical activity that helps us stay this way. There are many ways to keep our bodies in shape – starting with dancing and running, but also biking, swimming and lifting weights. And because technology plays an important role in our society, it would’ve been shocking if it didn’t bring new methods to help us meet our fitness goals.

You all know what they say in sports – you need to use what you currently have in order to get what you’d like to have. So listening to this advice, I propose using the smartphones we own for fitness purposes. Choosing the right one for it, though, it’s half the hard word, which is why we’re going to present you with our selection of mobile devices suited for fitness. 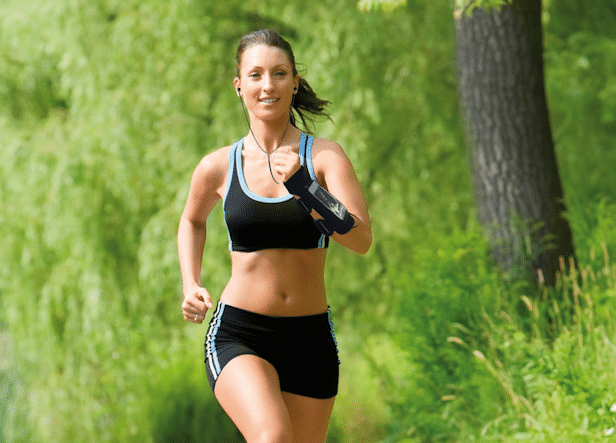 Apart from the fact that the iPhone 5s is generally considered to be the best offer in terms of smartphones, it is also very suitable for working out. By only taking a look at the variety of applications available online, you can observe that the largest selection of fitness apps only work on devices using iOS. More than just that, they require the advanced technology used by the latest model – the iPhone 5s.

This phone is also the first one to have an M7 co-processor that allows it to turn into a fitness tracker. Released in September 2013, it comes with its usual Apple A7 chip, but also an additional processor – the one that collects sensor data from all integrated gyroscopes, accelerometers and compasses. This way, there’s no need to buy a separate tracker for your fitness purposes – once you have this iPhone, you have everything you need as part of it. 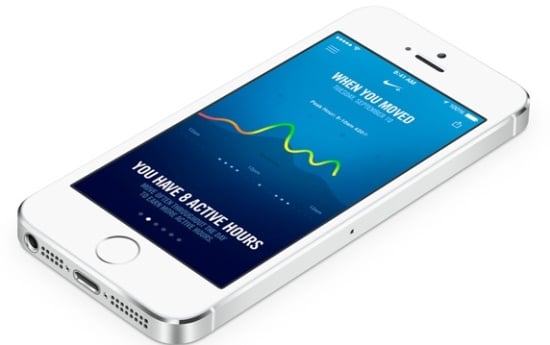 Apart from the amount of time and miles you reached while walking, hiking or running, the iPhone 5s can also count the number of steps. A series of comparisons between usual fitness trackers and the one integrated within this smartphone proved that the latter is more accurate in counting the number of steps you make.

Some of the most efficient apps we’ve discovered are Nike+ Move, Run Keeper, FitBit and TouchFit – all of them only work on iOS. To enhance the iPhone’s ability to act as a tracker, you also need good applications. Nike+ Move lets you check your performance, by showing you when and where, as well as how you moved; the RunKeeper is one of the few free apps that lets you track your workout and compare it with previous ones; FitBit is also free and lets you track the number of steps you made each day, as well as the calories you burnt; TouchFit GSP is similar to the other ones but more complete – it tracks your progress and performance, while it lets you share it with friends.

The Samsung Galaxy S5 runs on Android OS v4.4.2, also known as KitKat – this is one of the most powerful versions of this operating system. Thanks to this, the smartphone can be used at its full potential, and many of the Android apps for fitness can be easily installed and simultaneously used for the best results.

But this phone also comes with an integrated fitness app called the S Health which leads you through all of your daily routines, while it helps you set goals. Having an integrated pedometer, it allows you to determine the number of steps you took, the amount of calories you burnt and how much you’ve left until you’ll reach your goal. 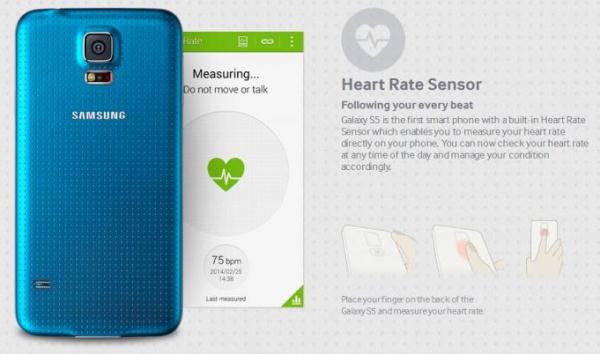 No matter if you’re planning to use it for cardio activities or lifting weights, this basic application is going to enable users to constantly track their walking distance, amount of weight they lifted, calories burnt, as well as the general condition.

While many apps are suitable for iOS and Android devices, they might also require one of the newest OS versions to function properly. Considering that this smartphone operates KitKat, you can easily take advantage of apps such as Gymrat, RunKeeper GPS, Cardiograph and Moves. The first one is the most advanced app for working out, showing you routines and exercises; RunKeeper is one of the most popular apps for runners, letting them create training plans to reach their objectives; Cardiograph is another free app that measures the heart rate, tracks the results and many more; Moves counts your steps and performance, but it also presents you with routes you could take.

If you are extremely serious about your fitness regimes and the pedometer on your smartphone doesn’t cut it, then you’d be happy to know that Samsung Galaxy S5 integrates with a dedicated fitness tracker like Galaxy Fit to be the perfect fitness companion for you.

Another Android phone that was designed to help you meet your fitness objectives is the HTC One M8. This one runs on the same operating system as the Samsung before – KitKat or the version 4.4.2 of the Android OS. Coming with a great amount of features, this smartphone doesn’t take long to amaze us, and to make it even more impressive, it’s also equipped with a few special sensors.

Initially meant to detect human gestures and turn the display on or access other features through those moves, it soon became an efficient fitness tracker. Thanks to its motion sensor, it can easily check the number of steps you took, the distance you traveled and the calories you burnt.

To fully take advantage of its ability, it’s recommended to install the FitBit application that can be downloaded for free from Google Play. Once you’ve opened the app, you can create an account, and then select a tracker – since your phone can be used to track the effort you make, it can be selected for that. You will also be asked to enter a variety of information to calculate your metabolic rate that is going to help you count calories.

Apart from this app, you an obviously install many others – the same ones mentioned in the case of the Samsung Galaxy S5 are also suitable for the HTC phone. To find out more about how to use this device for fitness, watch the videos above.

If you happen to own a Windows Phone, you should know that a large amount of fitness apps are also available for this type of operating system. However, the Nokia Lumia 1520 is one of the best options for fitness because of its four sensors: accelerometer, gyro, compass and proximity. At the same time, more applications are available on Windows 8 than on its previous versions. 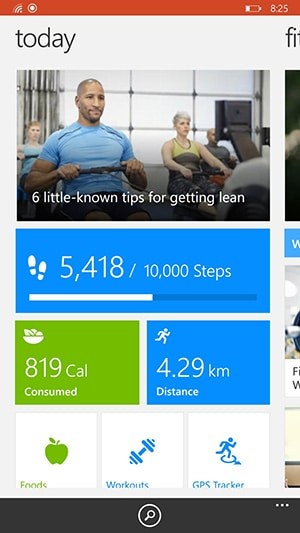 The phone was released in November 2013 and comes with amazing features. One of them is its long-lasting 3400 mAh battery that allows you to take the Nokia with you on a workout session without having to recharge it. This way, you can use it to track your distance, burnt calories, time, and so on.

The sensors help you track motion and orientation of the device, and they were initially integrated on the Lumia for game-playing. The same features are now being used by software developers in order to design fitness apps. A few examples are the FitBit Tracker, but also Stopwatch, Endomondo Sports Tracker and Active Fitness. Discover more of the available apps here.

The accelerometer can determine the direction in which you’re moving the phone, while the compass calculates the angle of rotation, and the gyroscope measures the rotational velocity. These special abilities are used by Active Fitness to design training scenarios and by FitBit Tracker to check the number of steps while you’re reaching your weight-loss goals.

Also, another important feature is the Nokia SensorCore built inside the smarphone which is a specially designed hardware+software solution for activity tracking. Thus, your Lumia 1520 will know when you take a step or if you’re walking, running, or anything else that involves your location. The user will be able to pass the fitness data to applications like Bing Health & Fitness and it could be possibly programmed to perform certain tasks, in the IFTTT style.

Note: If you’re short on budget, you can also consider Nokia Lumia 630 which comes with the same SensorCore technology.