Facebook currently isn’t the most liked company in India, thanks to the Net Neutrality debacle the company is entangled in. However as a company, Facebook has been doing pretty good for itself. On August 28 last year, one billion people accessed Facebook in a single day for the first time, and by comparison, Twitter’s monthly active user base is just approximately a third of that. Also at its earnings call for Q4 2015, Facebook announced that it now has 1.59 billion users with a 29.8% jump in revenue q-o-q to $5.84 billion from $4.5 billion in Q3 2015. Mobile made a whopping 80% of Facebook’s advertising revenue. 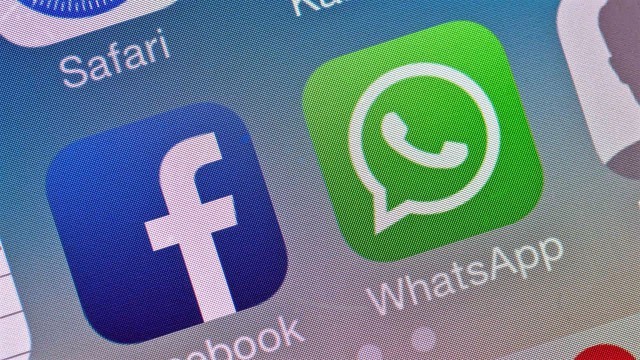 Although Facebook is currently facing a PR nightmare because of Free Basics, the company is one of the best performing tech companies from a financial perspective. India is Facebook’s biggest market outside the US and possibly the only market that might even eclipse US one day when considered from a user base perspective.

With more than 132 million monthly active users as of August 2015, Facebook is without any doubt the largest social network in India and similarly according to data available from Statista Whatsapp had around 70 million montly active users in India by November 2014. By having such high user base, the obvious network effects come into effect. As for connecting with real life people online goes, Facebook is the default destination for most. Similarly, as for messaging, Whatsapp is the default destination for many.

The second best alternatives to both Facebook and Whatsapp in India are miles away. Hike, for example, just announced that it has 100 million users on its chat app, but with the percentage of users that are active being ≤ 50%, Hike currently has lesser users than Whatsapp had in November 2014.

Facebook’s business model relies highly upon users viewing ads within its own website and app. As long as the user is within Facebook’s walled garden, monetization can continue to keep happening. However once the user leaves Facebook, the potential to monetize the user via ads also leaves along with him. The most common way in which a user leaves Facebook apart from logging out is through links that direct to other forms of content such as Youtube videos, articles, business websites, ads for ecommerce stores etc. 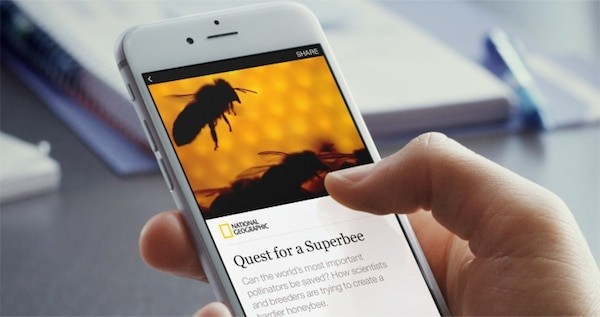 3. An experience from Myanmar

A recent article from the Atlantic titled “The Facebook-Loving farmers of Myanmar” threw some interesting insights: 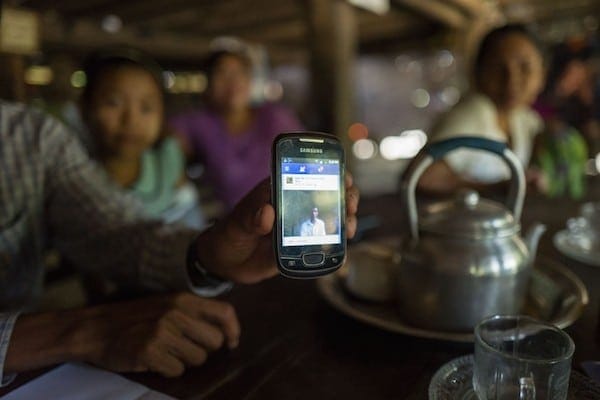 What’s interesting about Myanmar is that the country is a place where several people have experienced internet for the first time through their smartphones. It’s only in the last few years that cellular data prices in Myanmar have come down drastically such that several citizens were finally able to access the internet and the device they used to access the internet was of course ≤ $100 smartphones/feature phones.

India is in a similar situation. With very limited disposable income, many Indians missed the PC revolution. Smartphones and feature phones on the other hand are truly the most dominant computing platforms to Indians and will continue to be so for quite a few years. Many Indians coming online for the first time do so with the help of a smartphone or java running feature phone.

Most people who have access to the internet through a smartphone find it difficult to scrounge the internet. They have little idea as to what the internet looks like, how to navigate through it and where to go.

In such a scenario, Facebook acts like a readymade internet of sorts with content that keeps populating in an endless scroll feed. Depending upon what the user clicks while looking at his or her feed, Facebook’s algorithms kick in and serve more relevant content depending upon the choices made. This results in a scenario where the user doesn’t bother much to learn the nuances of the wider internet such as how to search Google for a particular topic and read more about it by clicking at a link from the search results. Rather the user opens the Facebook app and relies upon Facebook to surface the most relevant Instant article, clicking which lets the user read the content with almost zero effort from his side. It’s an endless loop.

By initiatives such as Instant articles, buy buttons, auto-play videos and pages, Facebook is already amassing a large chunk of the internet and displaying it to first time internet users in an easy to digest/comprehensive manner through its algorithimically powered endless newsfeed. However, making the experience as pleasing as possible is also necessary. Smartphone specs keep becoming better and better while prices keep dropping. Five years ago something like Samsung Galaxy S2 was considered as a flagship, however as of today, even $100 smartphones provide better specs than what Galaxy S2 did. Smartphone specs/experience aren’t as big a problem as connectivity is.

Facebook’s goal to amass the internet also helps in this regard. Facebook’s instant articles for example load 10x faster than the standard mobile web as claimed by Facebook. Although load times are dependent upon several factors such as processing power and rendering speed, but if a 10x reduction is guaranteed, then instant articles definietly consume far lesser data. Same goes with buy buttons and ad formats such as slideshow that consume much lesser data. Apparently, Facebook had also proposed to lower internet speeds to 2G levels at its offices on Tuesdays so that people building products at Facebook can experience how it feels like to use a 2G connection.

Apart from making the experience pleasantful at 2G speeds, Facebook also sought to bring users online through its internet.org initiative which was later rebranded to Free Basics. With the help of Free Basics, Facebook would partner up with telecom operators worldwide and provide free access to Facebook and any other partner app or website.

Despite the Net Neutrality debacle that has plagued Free Basics, the initiative managed to bring 19 million people “online” as announced on its latest earnings call. It’s important to note that the initiative was pulled off in Egypt and Indian regulator TRAI has asked Reliance Communications to put it on hold. 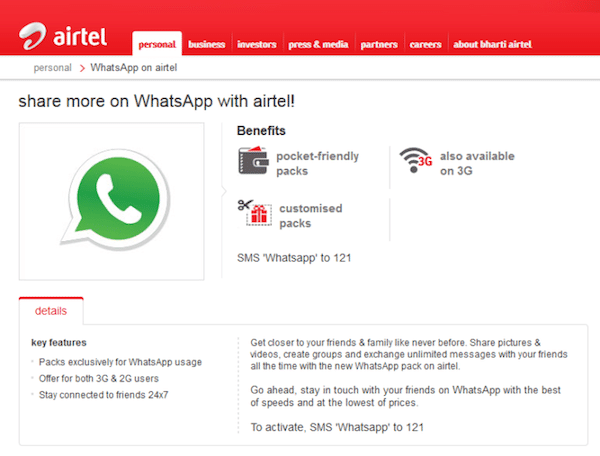 Although Facebook has the potential to amass more and more of the internet’s content and become the go-to website for new internet users, it would still be difficult for Facebook to absorb the O2O (Online to Offline) services that have begun sprouting all over the world. Ola, Flipkart, Grofers etc are the various O2O startups that have been created in India. Most of these O2O startups enable people to access their services/products through apps available in app stores. However as China’s WeChat has shown, it’s possible to amass these O2O apps.

Not long ago we had written how the conditions were right for Facebook to start the “Wechatification of Whatsapp“. Indeed a few days back, Whatsapp finally announced plans to convert as a platform for various businesses to make use of. The biggest beneficiary of these are expected to be the O2O apps that are sprouting in India.

With Whatsapp opening up as a platform, the ones mentioned above and several other such use cases would now finally be possible.

Facebook truly has the chance to become the internet for an average Indian. I’m not saying this because of Free Basics or internet.org, rather I am saying it because most people coming online for the first time through a smartphone just want content to consume. They don’t have any specific intent in their mind. They can just press the big blue icon on their app drawer and all of a sudden tons of content is ready for them to consume. It’s as simple as switching on the TV and switching channels endlessly unless you find what you would want to consume. Only difference is that while we switch channels on TV, we need to scroll the Facebook Feed. Apart from that, while the TV wouldn’t organize itself every time you switch it on, Facebook’s news feed would.

One could argue that even Twitter would fit this description accurately but although Twitter is great for news consumption, it doesn’t do one thing as good as Facebook i.e make the end user feel valuable. Twitter is an increasingly skewed platform with 99% of the attention being captured by the top 1% of its users. Unless and until someone is deeply interested in a particular topic or has a great sense of humor, getting attention on Twitter is almost impossible. On the other hand, in case of Facebook, even something as simple as the first profile picture of yourself is bound to get you quite a few likes. I know a few likes doesn’t sound much to someone reading this but it’s bound to get the first time user interested and excited.

WeChat is already proof that various O2O apps can be absorbed within one single app. Whatsapp with its large user base in India and with almost zero competition from SMS, can successfully do the same if properly executed.

7. Everything is not rosy

Despite everything that’s been written, it must be noted that financially, India is still a much weaker market than most other markets for Facebook. The difference between ARPU of American and Indian Facebook users is still quite big. Facebook earns 15 cents per user in India every quarter, compared to the $7 to $8 it makes on each US user. A large part of advertising budget in India is devoted to TV and even in online advertising, Google takes up a lion’s share of the pie.

Apart from that, despite Facebook having the potential to be the go-to destination for several Indians, when it comes to content consumption on smartphones and Whatsapp turning into a platform, a lot still depends upon how well things are executed.

Free Basics or not, Facebook is well positioned to become the internet for first time online users as farmers in Myanmar have shown. With the announcement of Whatsapp becoming a platform and following a strategy similar to WeChat, there can be a day when a smartphone user just requires two apps: Facebook and Whatsapp. Facebook for content consumption and Whatsapp for performing various online-offline transactions. Facebook already makes 80% of their revenue through mobile, one of the highest in the industry. The potential over here is enormous however execution and monetization remain a big challenge. Facebook’s already a matured product but Whatsapp hasn’t even started its transformation to become a platform. Proper execution of converting Whatsapp to a platform while maintaining the simplicity it’s known for will be a crucial task for Facebook. Monetization from India is almost negligible, snatching away ad revenue from TV and Google are just as important. The potential is enormous but so are the challenges.

Note: We are not opining whether it’s right for Facebook to potentially become such a dominating force in India. That’s for an another article at a later time, maybe!