Xiaomi Mi Max was eventually launched in India today at a price of Rs 14,999 and well, it goes without saying that the humongous phablet from the Chinese OEM justifies its Max title.

Sporting a 6.44 inch Full HD IPS display, Mi Max is not for everyone. It’s unapologetically BIG. So just in case you are contemplating a choice between Xiaomi Redmi Note 3 and Mi Max, do give a thought whether you would really want something this big as your daily driver. That aside do note, whether you can just about afford a phone that would cost you more than the Redmi Note 3 and by now, you’d have probably made your mind so here’s are five pointers that will help you make a wiser decision. 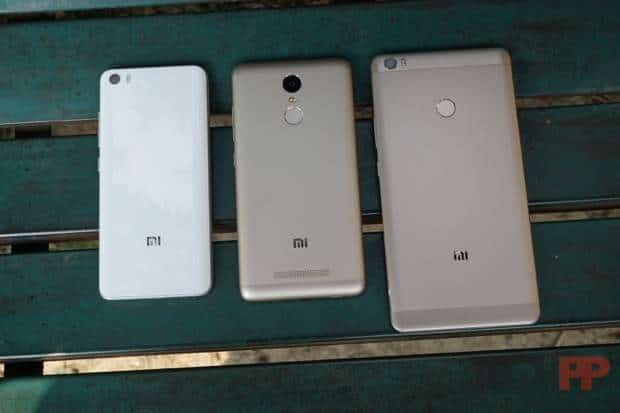 Gorilla Glass 3 gives you a sense of security

Launched initially in May this year in China, the Xiaomi Mi Max sports a Gorilla Glass 3 on top thereby (arguably) making it less prone to cracks and scratches as compared to the Redmi Note 3. For some reason, it’s a downgrade from gorilla Glass 4 on the Chinese variant, but still branded protection for those who care (we don’t, really).

Incidentally, the Xiaomi Redmi Note 3 has a proprietary protection on top of the display, the name of which isn’t disclosed, thereby creating suspicion in the mind of skeptics. From our experience, we have seen that the glass top on the Redmi Note 3 is prone to occasional scratches. So just in case you end up buying one do get hold of a decent Tempered Glass.

Time to ‘Max’ up your Battery Life

While Xiaomi Redmi Note 3 is no slouch in terms of battery life, lasting over a day and a half of heavy to moderate usage; it goes without saying that the Mi Max is simply better than that. And that’s what our review says as well. Under the hood, Xiaomi has given the Mi Max a battery boost by including a 4850mAH cell on the inside. This is about a 20% higher than the 4000mAh one on the Redmi Note 3. It however goes without saying that you wouldn’t necessarily end up having a 20% extra battery life though as a larger display means higher battery demands. Nevertheless, do expect the Xiaomi Mi Max to last a bit longer, thanks to the newer (and better) android version. That aside, the Mi Max is markedly slimmer too at 7.5mm as compared to the 8.7mm wide Redmi Note 3. 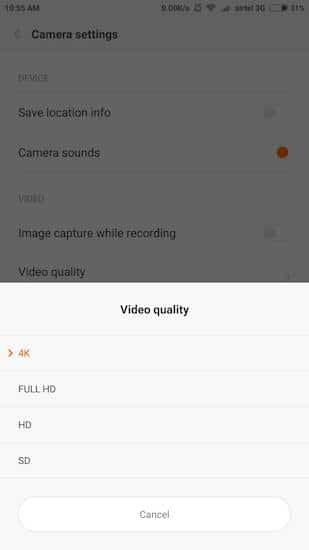 Xiaomi has eventually made the required changes to their camera app and the Mi Max now comes with native support for 4K video recording. This in contrary to the situation seen in the Xiaomi Redmi Note 3, where you need to get hold of a third party camera app preferably Google Camera to enable 4K recording support. Ironically, both the Xiaomi Mi Max and the Redmi Note 3 come with a similar 16MP f/2.0 rear camera module backed by PDAF sensor and Dual Tone LED Flash.

Android Marshmallow with MIUI up top

Choosing between Android Marshmallow and Lollipop is a no brainer especially when we have Android N coming up in a few months’ time. It however goes without saying that both the phones run on the company’s own iteration known as MIUI 7 which comes with a multitude of customisation options. Considering Xiaomi’s recent delays in pushing major firmware updates, picking a Xiaomi Mi Max is a wiser decision any day than the Redmi Note 3 which still run on dated Android Lollipop 5.1.

While carrying a bigger phone may be a hassle for some, for others it paves the way for a better multimedia experience. Be it watching movies or content from YouTube, Netflix or simply editing doc files on the go, the Xiaomi Mi Max provides a much better experience. This is something you are bound to love about this phone one you get used to its humongous dimensions. Not to mention the better audio output over speakers as compared to Redmi Note 3.

For the sake of comparison, it’s nearly an ‘inch’ larger than the Redmi Note 3 and comes with a Full HD (1920x1080p) resolution. This however means a lower number of pixels per inch, but in most case you wouldn’t be able to spot the difference between the two. As you can see from our review, we really love the big display on the Mi Max for data consumption.

Was this article helpful?
YesNo
TechPP is supported by our audience. We may earn affiliate commissions from buying links on this site.
Read Next
With Redmi A1, is Xiaomi Resurrecting the Android One Dream, but Without Google?
#Mi Max #Redmi Note 3 #xiaomi #Xiaomi Mi Max