With its latest operating system for iPhones, iOS 14, Apple has introduced a slew of new additions that include new features, accessibility functionalities, and improved privacy settings, among other things. In addition to these changes, the company has also bundled a new app called Apple Translate. The last time the Cupertino-giant did something similar was with iOS 12, which came bundled with two new apps: Shortcuts and Measure. 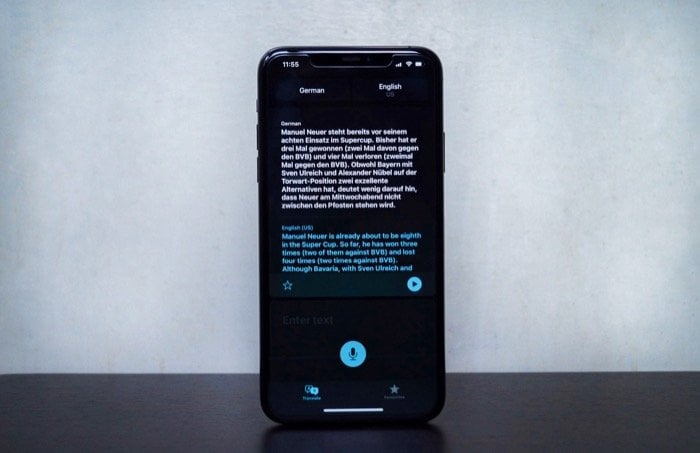 The all-new Translate app, as its name suggests, is a translation utility for iPhones that allows you to translate text and speech between different languages. It offers support for 11 languages and features an offline mode for text and voice translations. If you are just getting started with iOS 14 and want to try out Translate, or if you use Google Translate and are planning to give Apple’s offering a try, here’s a guide to help you navigate your way through either situation in a better way.

To give you some background, until now, if you had an iPhone/iPad, your best bet for translating content (voice and text) on the device was the Google Translate app. Google Translate, for the uninitiated, offers support for around 108 different languages, with 59 languages supporting offline translations. Coming from Google, which recently switched to NMT (Neural Machine Translation), the translations offered on the app are accurate at large. Among other things, it comes with support for bilingual conversation translations as well, which is something that can come in handy during on-the-fly conversations.

What is Apple Translate, and how does it work?

Coming back to Apple’s Translate app, first things first, if you need to get your hands on the app, you should update your device to iOS 14 right away. Once done, you will find the app, by the name Translate, either in your App Library or on your Home Screen. Opening the app presents you with a screen that has language selection on top, with a card below it to enter text. There is also a mic button located at the bottom of the card to input voice text. Once you perform a translation, the results for the same reside on the Favorites tab, accessible from the bottom of the page. In case you want to delete the previous results, you can do so from the Favorites tab by swiping left-to-right on the word.

While inputting text for translations requires you to select the input and the output language, the same does not apply for voice input. So, when you are in a conversation with someone in a foreign language, you can turn on automatic detection to have the app recognize the spoken language and offer a translated version in your preferred language. To make sure you are pronouncing the word correctly, you can hit the play button on the result card to view its correct pronunciation or have it playback to the local you are in conversation. Moreover, you can also look up the word using the dictionary button at the bottom of the result card to get its meaning and other relevant details.

How to Translate Text on Apple Translate

1. Open the Translate app and select your preferred language.

2. Next, tap on the second language and select one from the list.

3. Now, enter the text you want to translate in the Enter Text field and hit Go.

How to Translate Voice on Apple Translate

1. Open the Translate app and set your preferred language.

2. Select the second language — for the output.

3. Hit the mic button located at the bottom of the Enter Text card and speak out the text you want to translate.

Once you get results for the translation — text or voice — you can see the same aligned one below the other on the Translate tap in the app. From here, you get a few functionalities. For instance, you can favorite a search — using the star button, lookup for meaning — using the dictionary button, or playback the pronunciation — using the play button.

How to Translate Text/Voice on Apple Translate when Offline

The Apple Translate app requires internet connectivity (mobile data or Wi-Fi) to establish a connection with servers to offer you translated equivalent for your input in real-time. Generally speaking, this isn’t a concern for most people in an ideal scenario/setting. However, at times when there is a need to travel to foreign lands or in locations that might not have the best connectivity, the app offers offline translations.

But to be able to use offline translations, you need to have the dataset of the languages that you might need to translate. For this, you can download the language data for the places you are visiting beforehand. To download language data, click on either language button and scroll down to the section that says Available Offline Languages. From here, hit the download button on the right of the language you want to download. Once downloaded, you can use the app in offline mode. In offline mode, the translations take place on the device. So if privacy is something that worries you, you can use the Translate app offline.

When put head-to-head, Apple Translate and Google Translate have their share of good and bad things. To start with, the overall appearance and interface on Apple Translate appear superior to Google’s offering. The app feels clean and well built (obviously). However, aside from visual elements, the functionality bit is where Google’s Translate app has an edge over Apple’s. 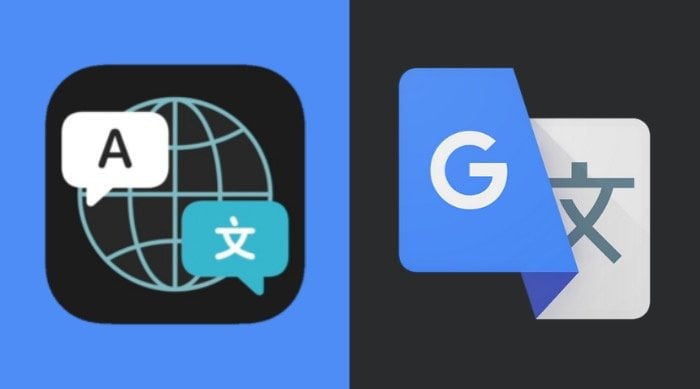 While on the one hand, you have Google that provides support for 43 languages on its translation app, Apple, on the other hand, being a new player in the game, currently only supports 11 languages. If you reside in India, your only resort to translating content between different Indian languages is Google Translate, since Apple does not support any Indian language so far.

Furthermore, when it comes to features, Google Translate again takes the win here. For, unlike Apple’s offering, which only allows input via text or voice, Google Translate provides a few more options. So, in addition to voice and text input, if you use Google Translate, you can also upload an image or use the camera to scan and translate content between different languages. Moreover, you can also input handwritten text, if that is something you want to do, and get a translated equivalent for the same. 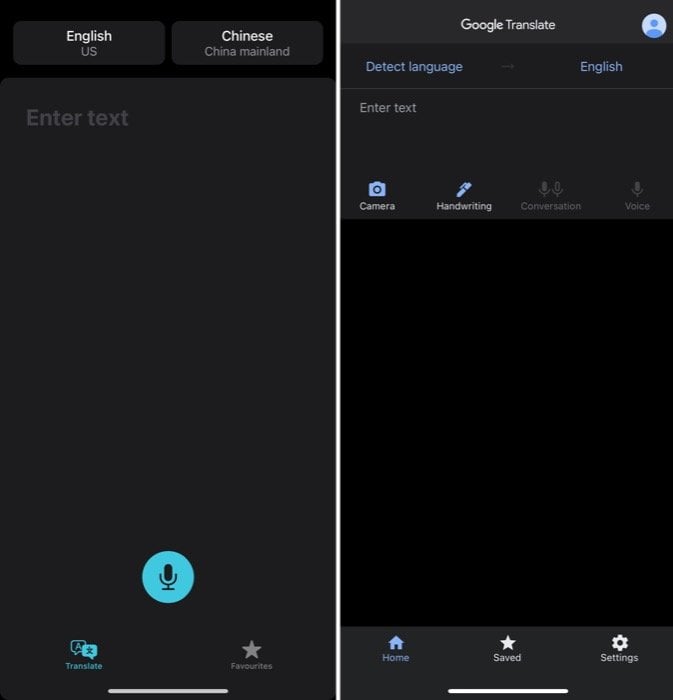 Lastly, both apps offer offline translations and the ability to favorite/save translated content.

If you are someone who has been using the Google Translate app on their iPhone for some time for translations, you are not really missing out on much with Apple’s offering. Instead, you are getting a slightly better functionality, with more input options and support for more languages — especially Indian languages, which is missing on Apple Translate. Similarly, if you are just getting started and looking for a translate app, Google Translate is a better option of the two services. However, if you only want to check out the service, or you are concerned about your data ending up with Google, you should definitely try Apple Translate once.

Was this article helpful?
YesNo
TechPP is supported by our audience. We may earn affiliate commissions from buying links on this site.
Read Next
Best Places to Buy Refurbished MacBook or Mac [2023]
#apple #apple translate #Google Translate #how to guide #iOS 14 #iphone