They were supposed to be the future in 2019. Instead, they are nowhere near the present more than two years down the line. This is despite abundant news coverage and analysis, and products from every brand worth its salt from Samsung to Xiaomi to LG and now Oppo (which has just launched the Oppo Find N). 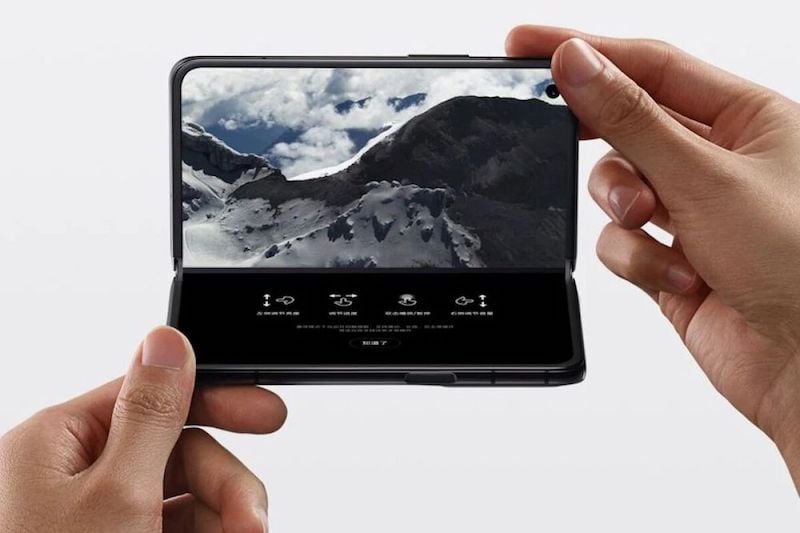 We are talking of foldable smartphones – products packed with promise, often praised but still more at home in a niche segment (or a testing lab) than in the mainstream market.

Yes, analysts will claim that their market and demand will grow impressively, but that is really a case of the very low base numbers – going from 1 to 11 is a thousand percent growth but still a tiny number in a market of thousands.

So what exactly is holding back the ‘foldable phone revolution?’ The reasons are many, but these are six that stand out in our opinion:

1. No kidney jokes, but pricey nevertheless

Foldables might be increasing in number, but their prices remain extremely premium. So much so that when Samsung launched the Galaxy Z Flip 3 5G at Rs 84,999, many hailed the pricing as a masterstroke.

One of the best foldables we have seen, the Galaxy Z Fold 3 5G, is actually priced at Rs 1,49,999. However, the stark fact is that foldable phones are still very much on the expensive side – way too expensive for most mainstream consumers even when they get price cuts. After all, the vast majority of the market is concentrated below Rs 20,000. 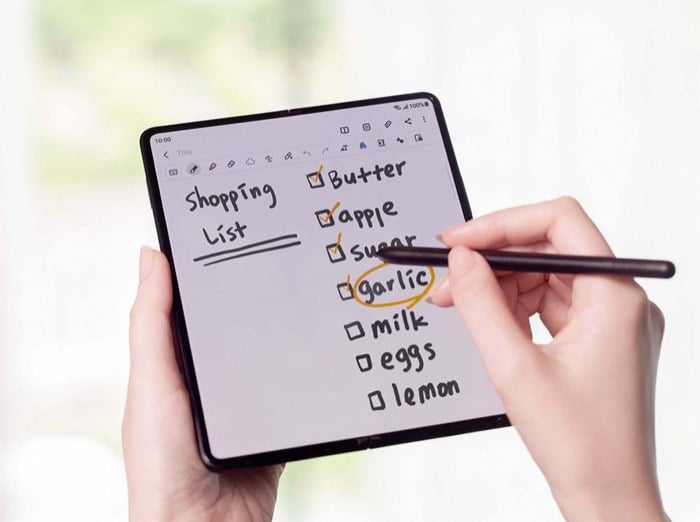 Many would say that this is the sole reason for foldables remaining a very tiny niche. Still, then in recent times, many foldable phones have been available at prices close to or even lower than “normal” flagship phones (the foldable Moto RAZR is sometimes available for Rs 50,000). Yet, they have not really made the sort of dent in their share that many had predicted.

Price remains a stumbling block, but not the only one. After all, the iPhones are commanding massive sales despite premium pricing. This takes us to the next point.

2. A fold/flip hit, but often a phone flop

They may be super cool to flaunt and turn heads, but most foldables actually stumble in being the devices they are basically meant to be – mobile phones. Even something as basic as the Galaxy Flip or the foldable RAZR end up being a little inconvenient for day to day use as we almost always had to open the device to do most tasks – opening the phone looks stylish for a while, but after that “while,” it actually starts grating on one, especially after having shelled out a premium price. 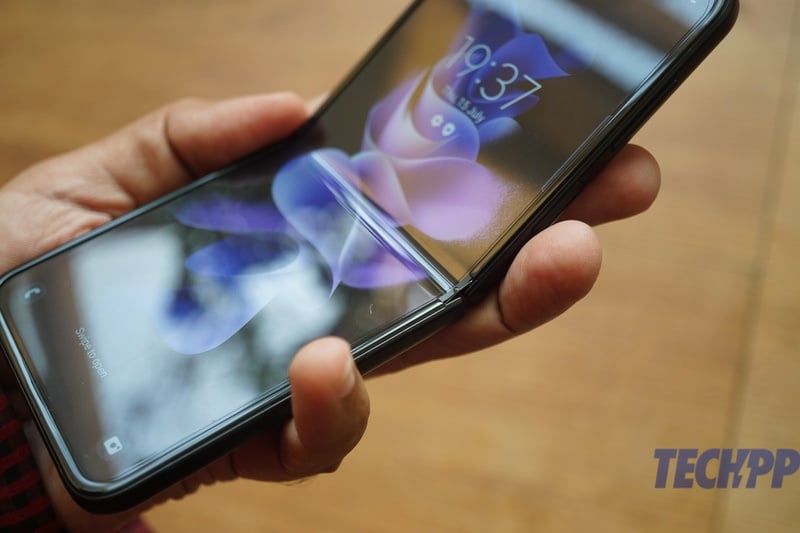 One of the best foldables we have used so far, the Galaxy Z Fold 3, actually worked better as a tablet than as a phone. However, its external screen was on the narrow side, and it was simply too thick and bulky as compared to other flagships – a problem faced by many fold-out (as compared to “flippable” foldable).

Another area where most foldable phones come a cropper is cameras – yes, the folding factor does reduce the space for sensors, but a mid-segment phone’s outgunning a pricey flagship can be a hard pill to swallow in the era of “content creation” through smartphones.

Finally, the battery life on many of the foldables is well below what you would get from a normal flagship. It is almost as if the premium you pay for a special feature comes at the cost of good old basics.

This is pretty much a chicken and egg situation – a lot of software does not run well on foldable phones because developers do not feel it is worth their time to optimize their apps for devices with such a tiny audience, and well, because those apps are not optimized, the audience remains small as most mainstream users get discouraged by buggy apps. 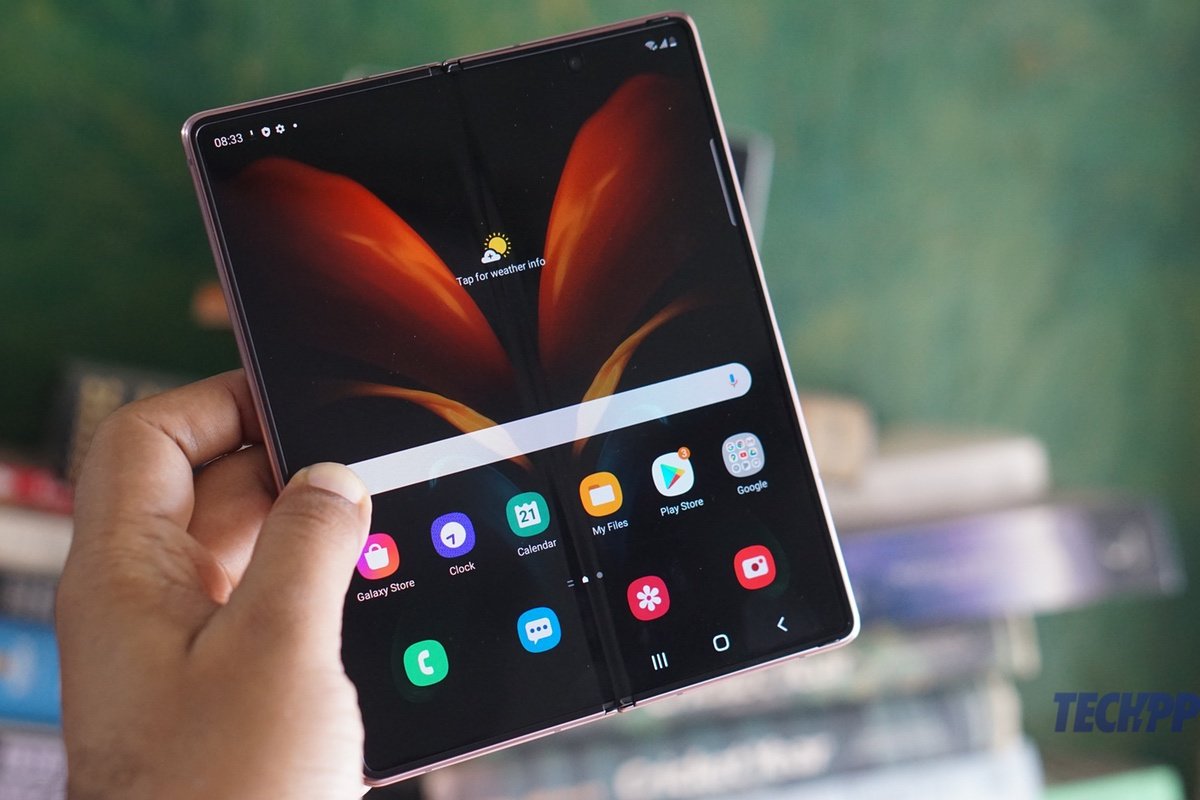 The fact that most foldable phones have different display sizes, configurations, and resolutions only complicate matters. A massive change is needed here – perhaps an Android standard of some sort to make sure that most apps play fine with a display that folds. Like all new platforms, foldable, too, need their killer apps. As of now, they generally have (often buggy) versions of the same apps that run smoothly on other phones.

4. Handle with care – the Fragile factor

Yes, the build quality of foldables has undergone a sea change since the “we peeled away the display thinking it was a screen protector” days. But even now, you have to handle a foldable device with greater care than you would a standard phone.

A number of foldable phones are marked by creaky hinges, plasticky and creased displays, and tend to behave erratically after almost every fall. Samsung has done a stellar job with its Z Flip 3 and Fold 3 devices in this regard, but these are the exceptions rather than the rule, and even they need to be handled with more care than your “normal” flagship. 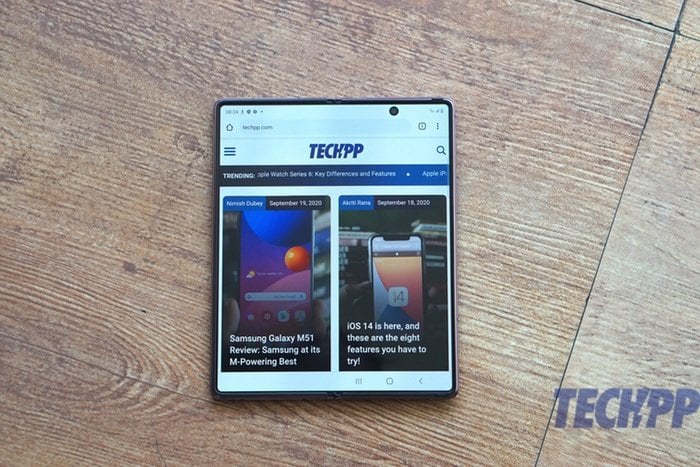 Did you get a foldable phone? Get some kid gloves to handle it! You could be dropping a fortune every time it slips out of your grip. Incidentally, foldable phones have not really been with us for long enough to comment on their longevity. However, it would be interesting to see if they can match the life of a normal flagship.

Foldable phones basically have been designed to make larger displays more pocket-friendly. They could either be a large display phone that flips into half its size or something tablet-sized that folds into a more normal-sized phone. The idea sounds very cool but is not very practical in actual usage.

Large phones are not the problem that they were considered to be a few years ago – most people are now accustomed to carrying large-ish phones (check the Galaxy S21 Ultra or the iPhone 13 Pro Max) and smaller phones like the Pixel 4a and the iPhone 12 mini have not really done well.

What’s more, these large phones can be used without having to open them or having to put up with eyesore creases. The foldables that morph into tablets also actually suffer from the fact that Android is not very tablet friendly – you cannot really use it as smoothly as you would an iPad, for instance. Even Samsung’s iconic S Pen worked better with the Note series as compared to the Fold 3.

So what you often end up with is a phone and/or a tablet that does not perform as well as its “normal” counterparts. Oh, and refer to point 1 – you pay a premium for this downgrade of sorts. Today, a foldable phone is more about flaunt than function, and that is not where volumes lie.

It has been a while since the talk of foldables started, and we have lost count of the number of devices that were “unveiled” or “showcased” but did not actually make it to the market. Many of the devices that do make it to the market are also often sidelined within a few months of their arrival and do not get timely software updates. As we pointed out, Samsung is a very notable exception, but most other brands either do not go beyond prototypes or do not follow up launches with effective updates.

In fact, the irony is that almost every brand that has a foldable actually has a “normal” phone as its real flagship. That tells a story – a foldable right now seems more at home in a lab than in the streets.

This is not to say that there is no hope for foldables. They indeed have come a long way in the past couple of years. But they have an even longer way to go before they become mainstream. This is why, just as in early 2019, foldables remain the future at the end of 2021.

Was this article helpful?
YesNo
TechPP is supported by our audience. We may earn affiliate commissions from buying links on this site.
Read Next
Samsung Galaxy Unpacked 2023: Galaxy S23 Ultra with 200MP, Galaxy Book 3 with...
#Foldables #Huawei #Opinion #oppo #samsung #xiaomi